I landed in Quito with absolutely no planning and couple of weeks in hand. It was one of those trips that I booked on a whim and had no intention of hitting the highlights. 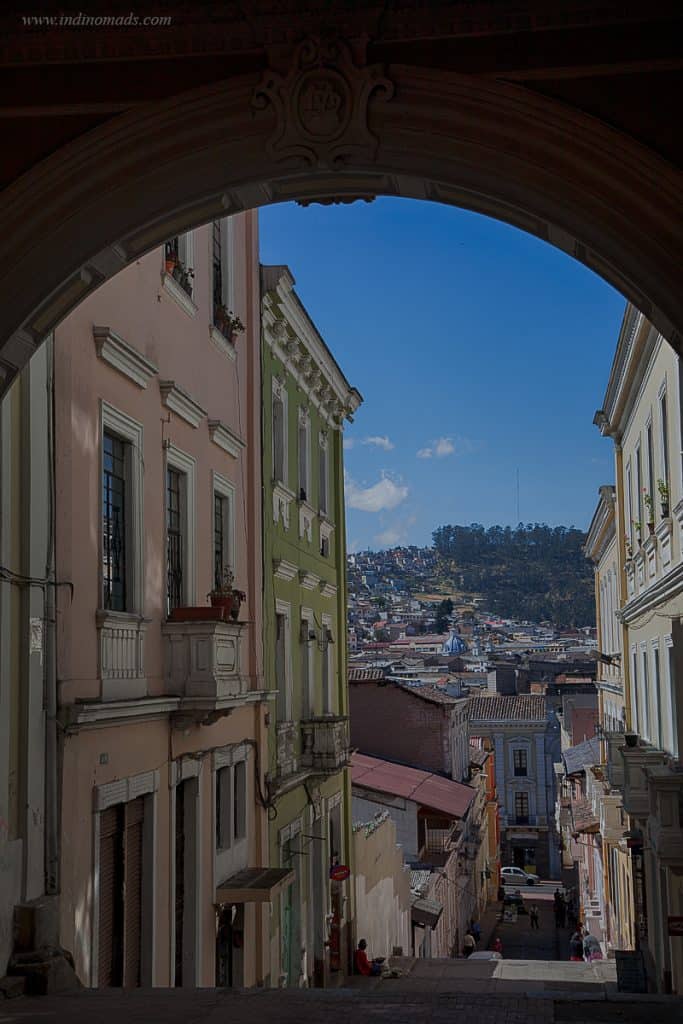 I had booked one night at a hostel room in downtown. That was my third trip to South America, I felt so comfortable with the idea of not having anything planned at all. I had travelled in Colombia without much planning, how hard can Ecuador be ?

I have dreamed of spending more time in Andes ever since my first visit to South America (Peru). Sitting at 9350ft in the Andean foothills, Quito is an impressive capital filled with cobbled streets and colorful neighborhoods, showcasing the vibrant Ecuadorian culture. 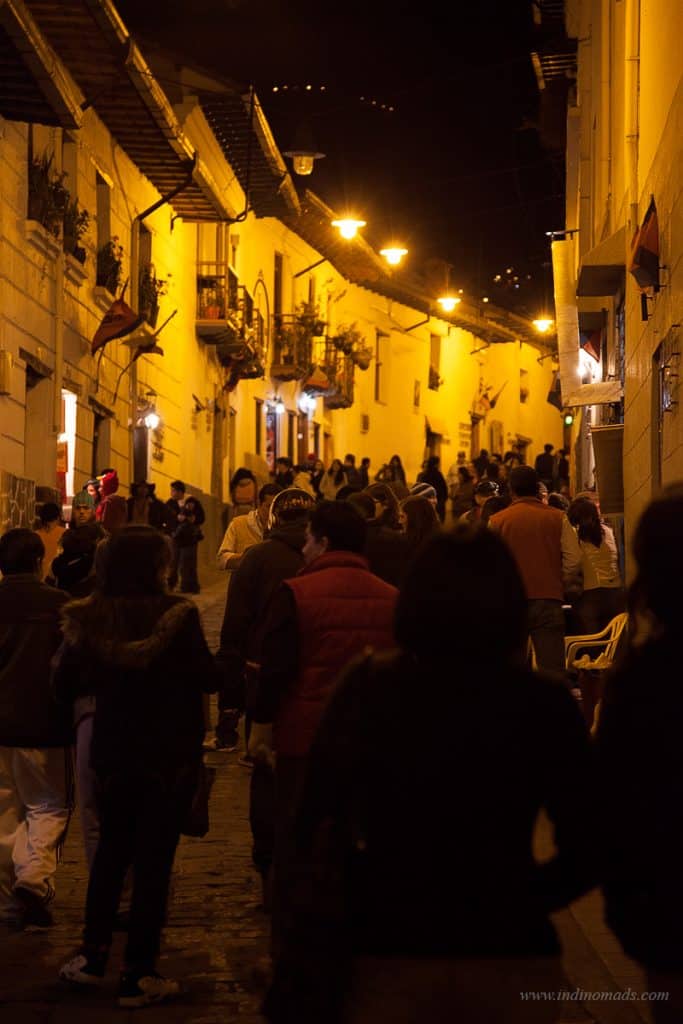 The day before I left DC to Quito, a friend of mine said she knows someone who went to UMD and had moved back to Quito after his PhD. I got a Facebook intro. As simple as that, the whole trip turned into a cultural immersion filled with tons of food, mingling with locals, followed by food poisoning.

Miguel moved back to teach at Quito University. By the time he met me, I had acquainted myself with the city by walking around the downtown (http://freewalkingtourecuador.com/), and hiking up Volcano Pichicha. 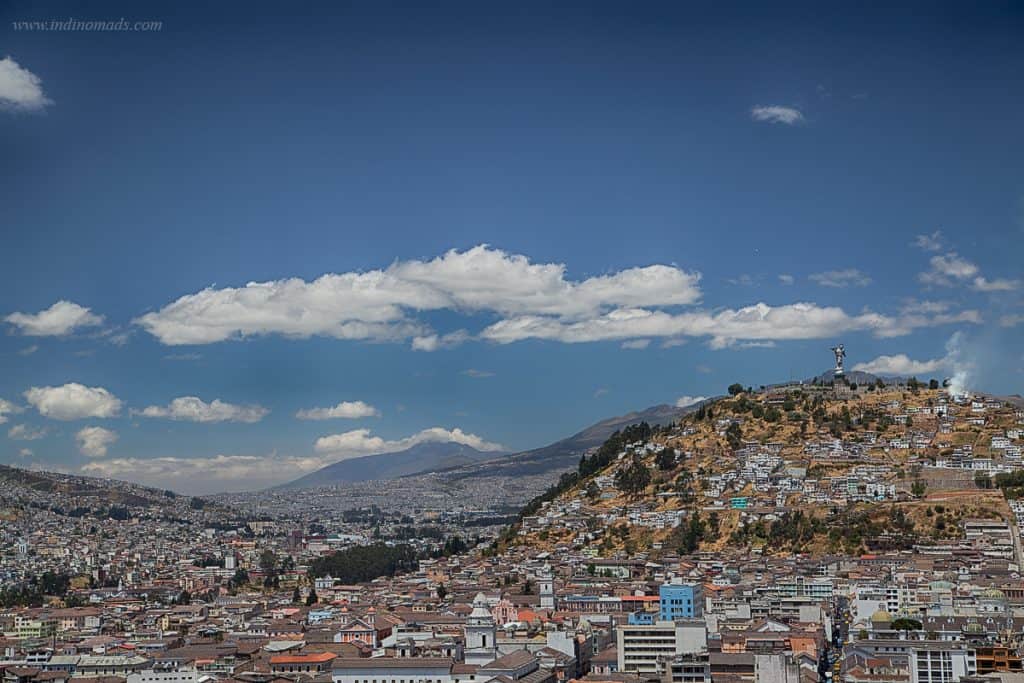 Volcano Pichicha hike: starts from the TeleferiQo (the cable car in Quito). Obviously i could have taken the cable car to go up and down. But, there was a group of europeans that started hiking. I figured it would be a great way to acclimatize to the altitude. There are lot of stories on how unsafe this hike is. If I were to be alone, I wouldn’t have hiked it. Since there was a friendly group of people attempting the hike, I went along with them. The 10K hike took about 4.5 hours.

Quito altitude 9,350 ft. The TeleferiQo brings you up further to 12,943 ft and the summit Volcano Pichincha is at a [literally] breathtaking 15,413.

It’s a lot of altitude gain in a short time. I personally needed lot of breaks and a lot of water and snacks, to get to the top. 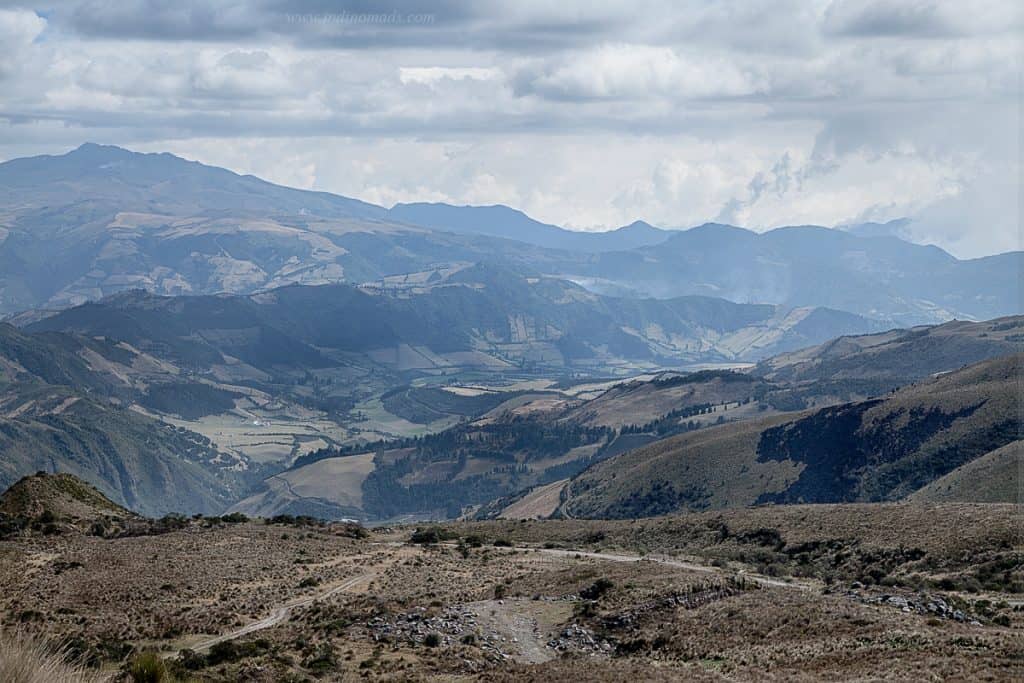 Weekend was approaching; Miguel, his friends and his sister joined me. They were determined to give me an immersion into their lifestyle. I ate the Ecuadorian soup, Locro de papa, the potato soup, I fell instantly in love with it. The meal was accompanied by canelazo, a warm ecuadorian drink, just perfect for the cold nights. (https://www.youtube.com/watch?v=PDa7c2GlZQE ) 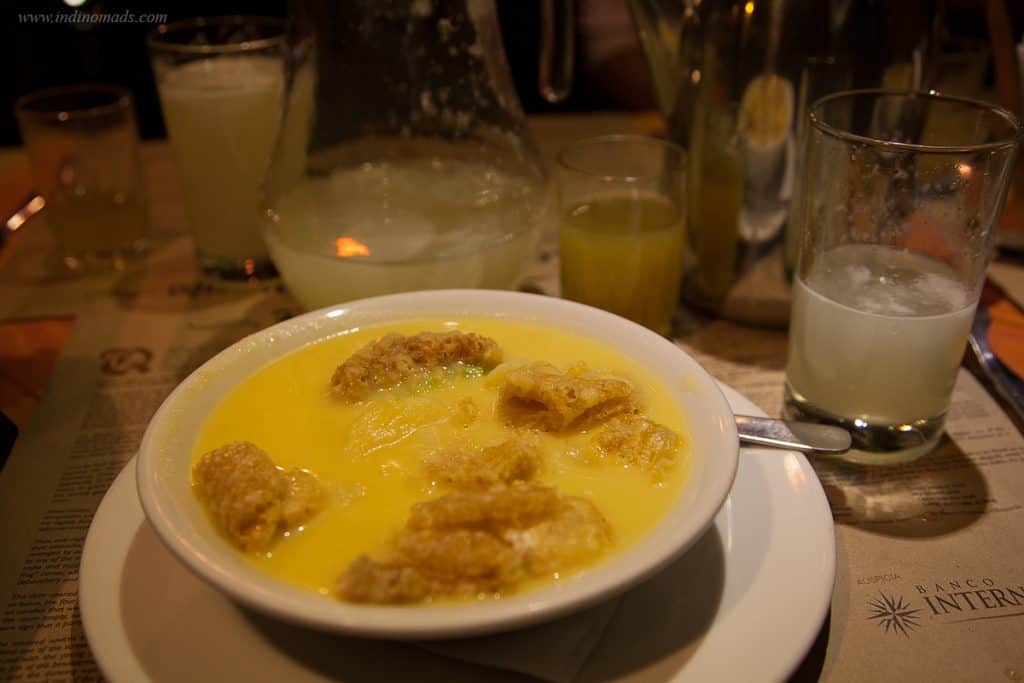 Traveling with the locals, it felt like I was in company of fellow of Indians. There was no planning on their part, everything was last minute and people joined in without prior notice, there was no concept of keeping time. And that was perfect for the style of travel I wanted. 🙂

The gang had 4 days in hand, they voted for Otavalo trip. It’s not far, has enough things to do and relatively cheap to travel to. Otavalo (8858ft), is practically on the equator. It’s a couple of hours bus-ride from Quito. We took the public bus that stopped along the way to pack the bus with people and things, leaving barely any room to stand. 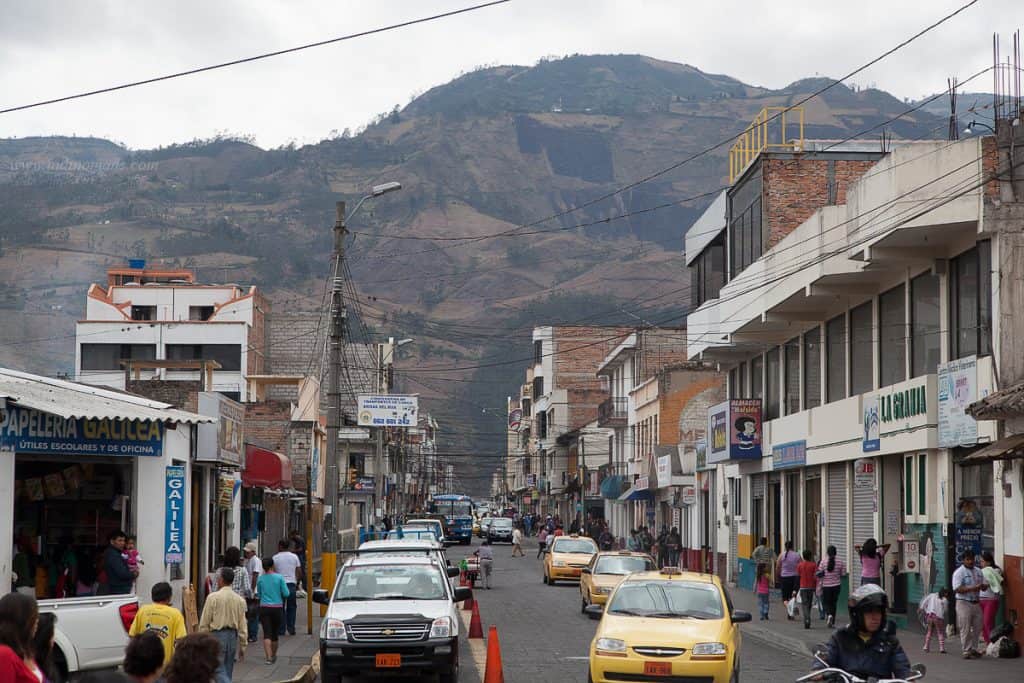 It’s one thing to be in the city and experience night life and busy roads, and quite another to wander the streets of small and compact towns like Otavalo.

Strolling in the Parque Bolívar, we were invited to attend a wedding at the main church that evening. It was my second time crashing a wedding party, first time it happened when I walked into a old church in Negambo, Sri Lanka. 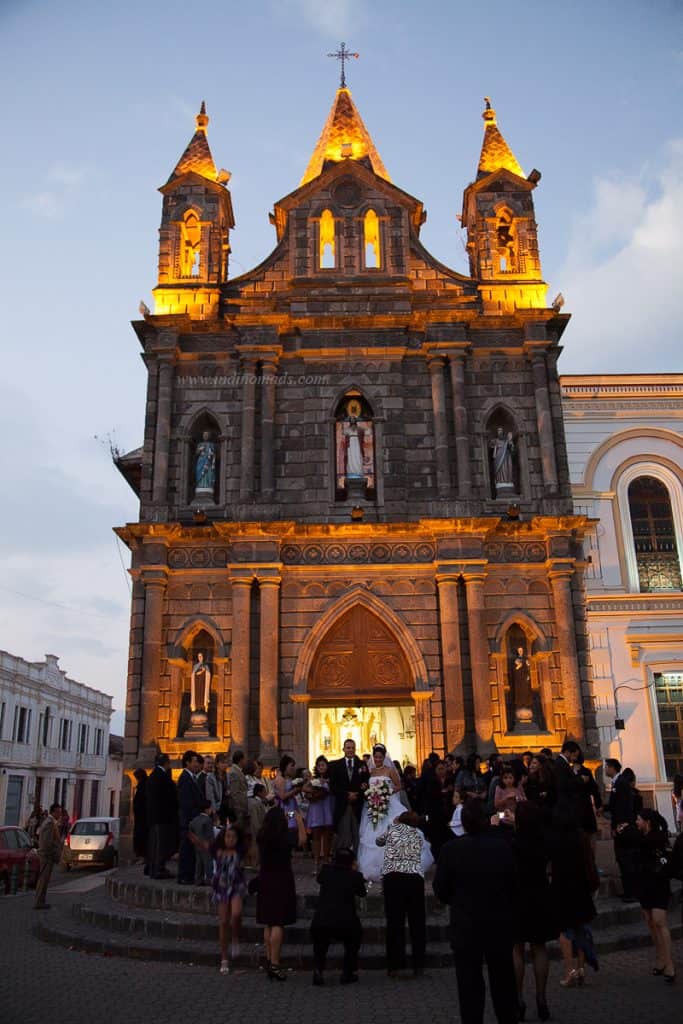 I felt even more immersed in the local lifestyle when the Otavalo beauty pageant parade was in progress. The entire town was out partying and dancing to whatever music was being played. It wasn’t long before we were pulled into the parade. Absolutely enjoyed walking with the parade and occasionally picking up ecuadorian dance moves. 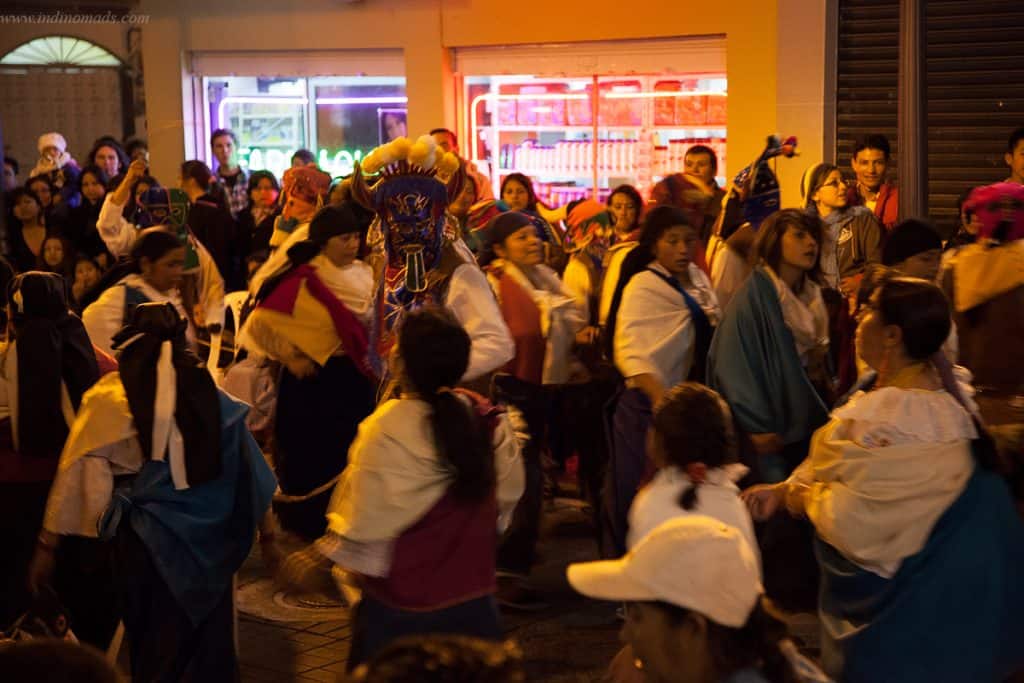 Ecuador is popular for it’s train rides that take passengers through deep Andean villages. Our train ride took us to Salinas, a village north of Otavalo, via Ibarra. A day-trip gives a taste of how people lead simple lives in the Andean villages, reminding me of my native village. As we walked the desolated streets of the village, there was a sense of silence and peace. It was a home away from home. 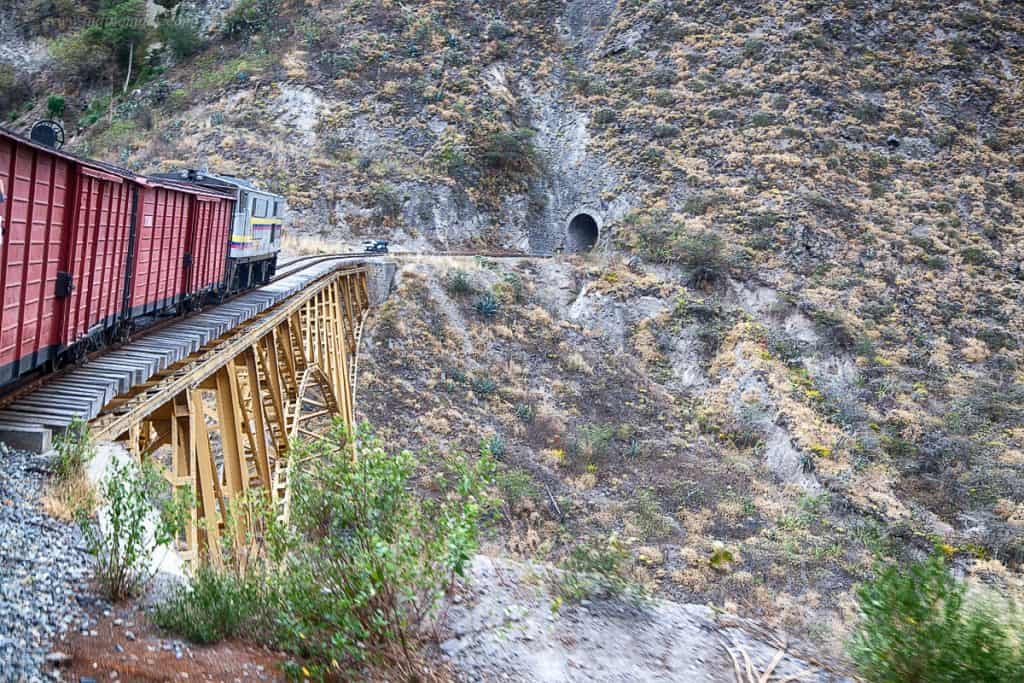 Most of the travelers seem to flock to Galapagos Islands, giving much less importance to the countryside. When we were floating on the Laguna de Yahuarcocha, I must have been the only foreigner. 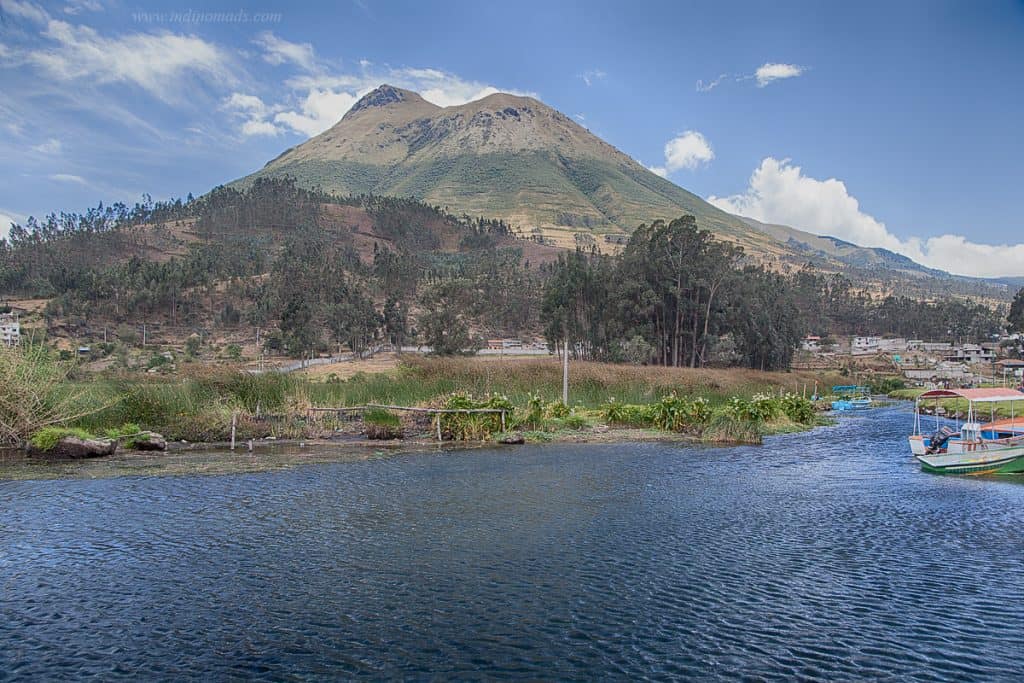 As the travel progressed, I got more adventurous with food and ate some local food that led to food poisoning, luckily a mild version. Next couple of days, I only ate yogurt and oats drink until i recovered.

After volcano hike and cultural dive with new ecuadorian friends, it was time for Amazon Rain Forest. I had booked a 5-day trip to Yasuni National Park, Amazon Rain Forest exploration trip at the Quito hostel. 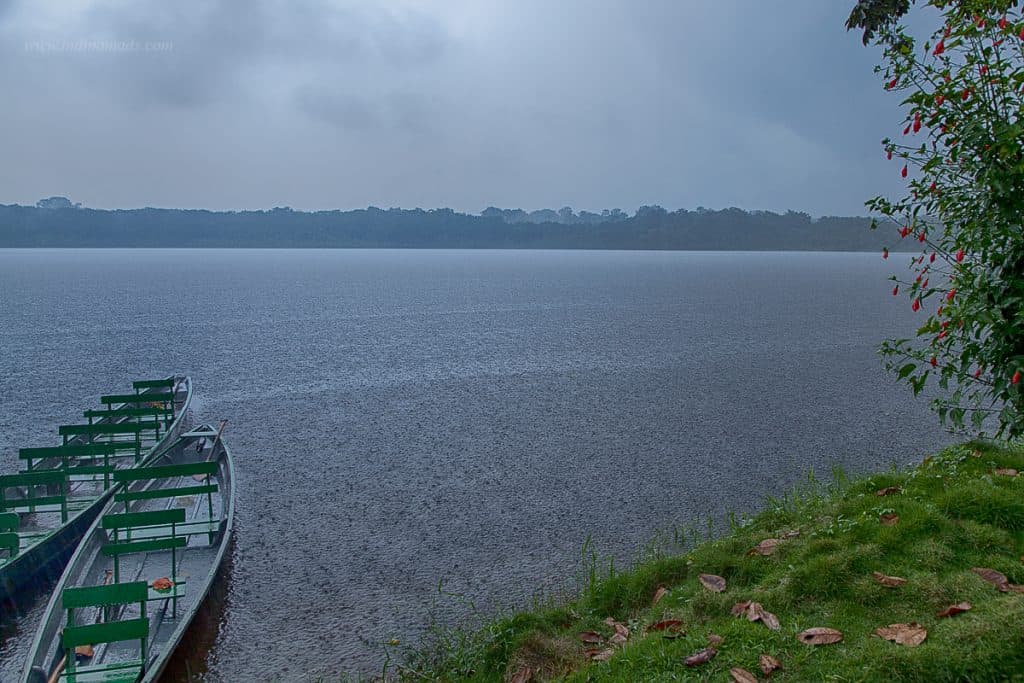 Amazon Rain Forest is something to be experienced. No words can explain the deep beauty of the rain forests, miles of rowing along the Amazon River, getting to know the friendly tribes, and eco-resort stays that pamper you. I stayed at Napo Wildlife center(www.napowildlifecenter.com) 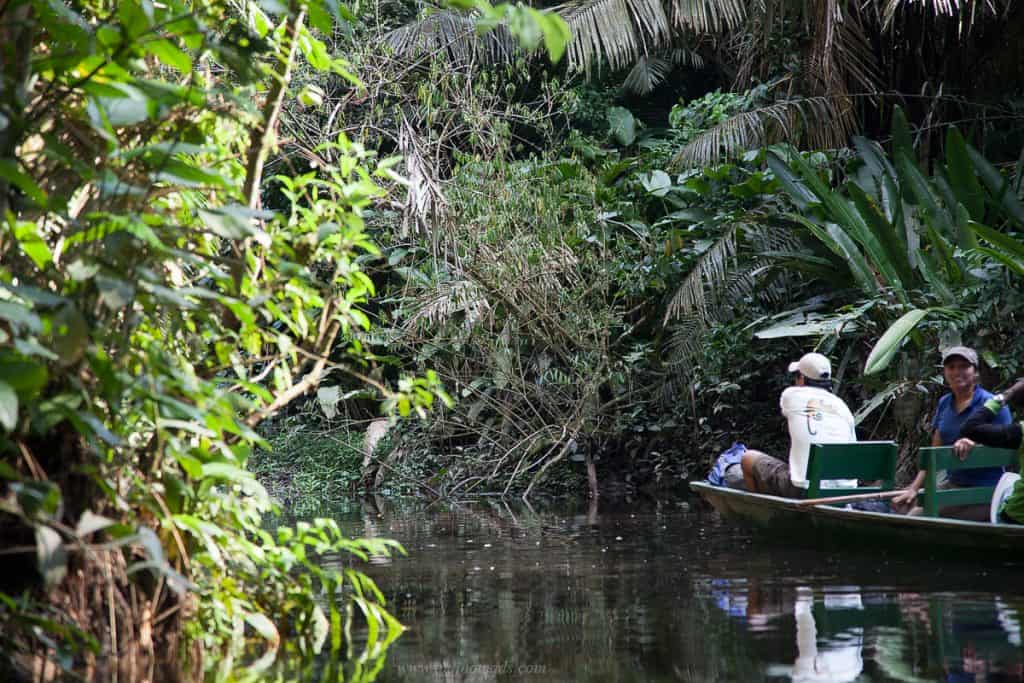 After 5-days of amazonian bliss, it was time to get back to DC.

I had to add Ecuador to the visit-again list for what the country has to offer, beyond what I got to experience.

Until next time, whenever that is, adios Ecuador !