Few days in Bogota is a trip that took me to a new heights in traveling. Colombia and a solo-female traveller – almost everyone generously passed on warnings. The fact is they all cared about my safety. That’s awesome indeed.

But, I was never really alone. The time when I was indeed alone, I strictly followed the general travel rules, aka common-sense :

– Don’t go out alone after dark

etc., Besides that, life in Bogota seemed normal to me. 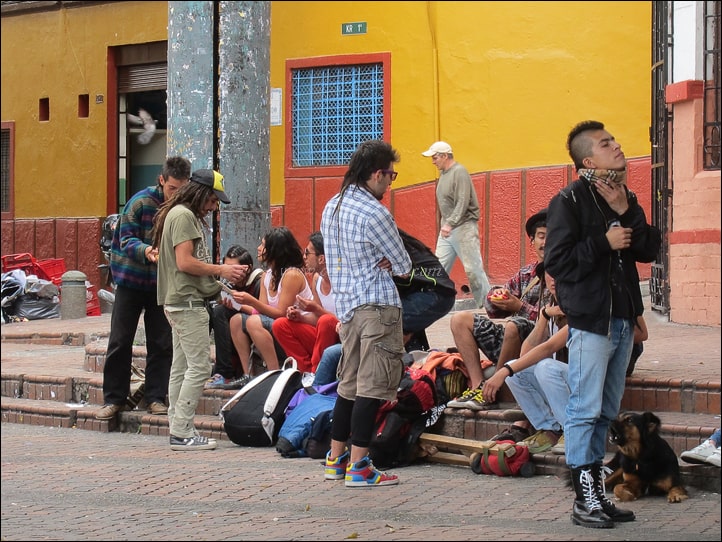 Local teenagers and college kids just want to show off and have a good time in general. They gather around in the squares in groups and chit-chat. Nobody bothered me when I was walking around with my camera.

I stayed at Hostel Fatima (Hosteling International partner) in old-town Bogota. Casual stroll out of the hostel, I ran into a bike-tour operator and booked my half-day bike tour of the city. I strongly recommend this tour for anyone. The gentleman who led the tour, took us (3 of us) to red-light district, emerald market, and  not-so-touristy friendly parts of Bogota.

This gave me a really good orientation of the city for my first day in Bogota. It so happened that a fellow cyclist on that tour was also staying at my hostel. Since we both were traveling alone, we decided to hangout for the next few days.

Day two, we explored the gold, emerald museums, went to the monserrate by funicular. In the evening, we caught a cab ride to the newest part of Bogota, where the rich people hangout in fancy bars and restaurants.

Day 3 of my stay, I ran into a couple of Israelis at the breakfast table in hostel Fatima. None of us had any specific plans for the day, so collectively we decided to travel to Laguna de Guatavita. The four of us took public bus from the North bus terminal for a good hour-long drive outside of the city and negotiated a taxi from a village  called Sesquilé , to take us to the lake.  Some people walk from Sesquilé to the lake for a couple of hours. We didn’t have enough time/patience to do the walking.

For the entrance fee paid, approx. 18,000 COP, the park management provides guided tour around the park with plenty of Colombian stories and history about the lake. Worthy visit. 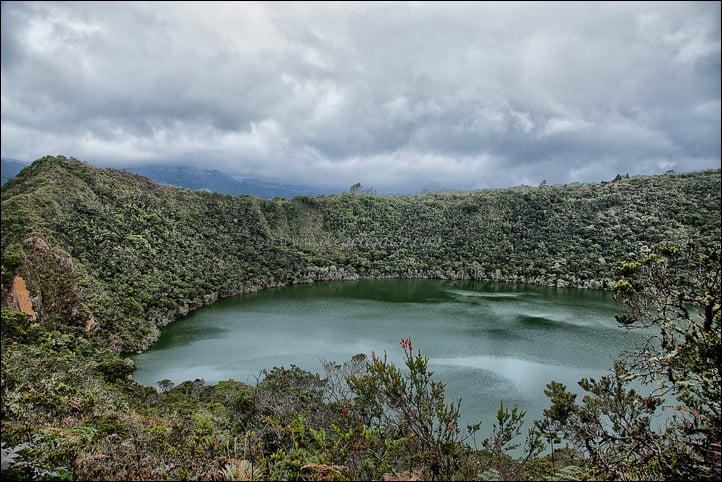 Day 4, my travel buddies left for different city and I stayed back in Bogota for another day of walking around in the town. This time, I felt confident enough to take my big camera for a walk around the city.

The best part about staying in Hostel Fatima is that there is a bar attached to it. When the backpacking community returns from their day of adventures, most of them commune here for the live music and cheap drinks.

I applied for the visa in Washington D.C where I am based out of. I was interviewed for the visa but the consular was impressed that I had the guts to go to Columbia alone without speaking any Spanish as a female. That clearly meant she was approving the visa