A must do day trip from Bogota, lake Guatavita in Colombian Andes is only an approximately 2 hours away from Bogota.

August 2012, I was traveling alone in Colombia my last solo trip.

Laguna de Guatavita – As the story goes, there was a belief that there is a gold treasure under the lake, and the Spanish conquistadors tried to drain the lake to retrieve the treasure. Read more about the belief here. 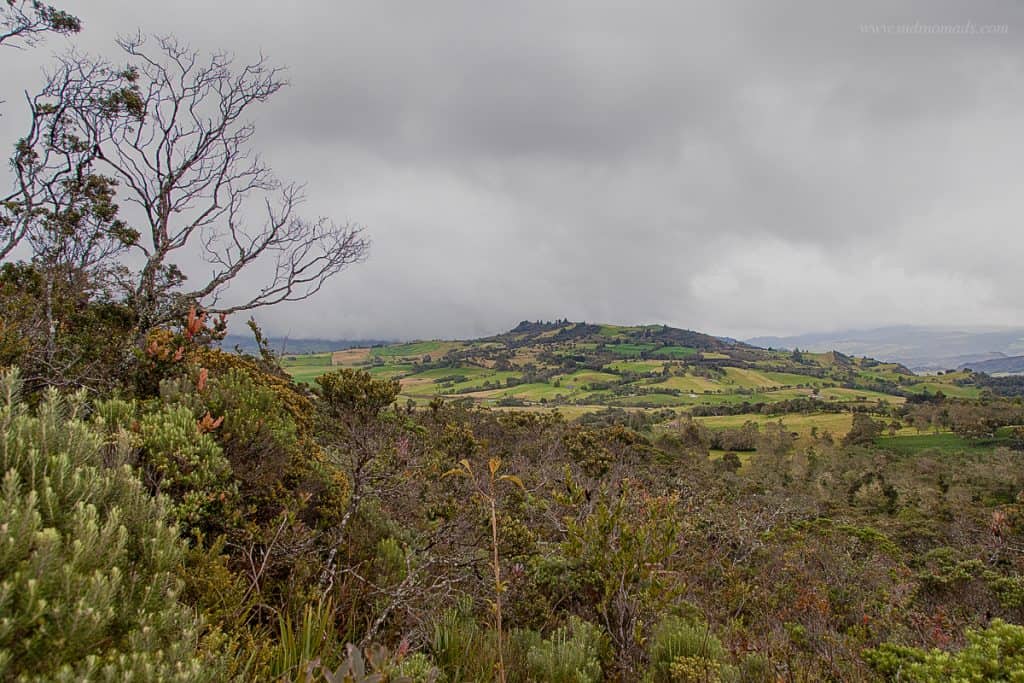 I was on a tight budget on this trip to Colombia and chose to take public transportation instead of organized tours or rental car. Fortunately I met a few others who were looking for day trips from Bogota and I managed to convince a few guys to join me for a trip to Laguna de Guatavita.

How to get there:

Option 1: Public bus from Portal Norte that will drop you at the village of Sesquilé and Guatavita .  From here, we negotiated a cab to get to the park entrance. However, from Guatavita town, there are buses that run to the laguna.

Option 2: Drive with your own rental car. We met a few people who drove.

Option 3: Uber, which apparently is illegal in Colombia. However, its very widely used. (I am confused on the legality. But, seem to work.) 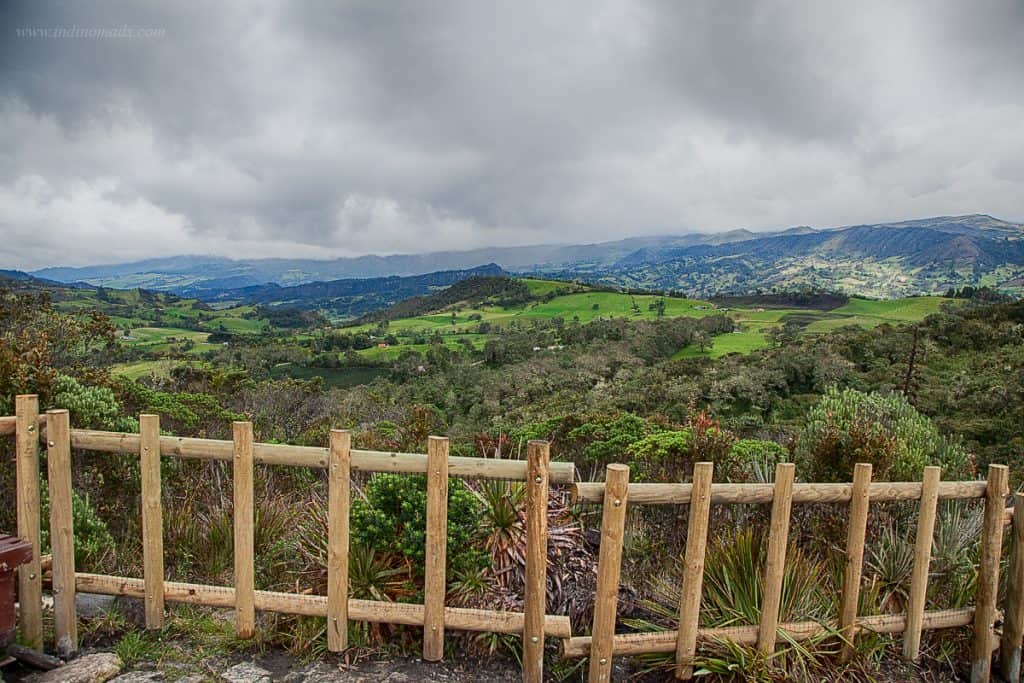 There is a small fee to enter the park (cash only) and they had a mandatory guide when I visited back in 2012. Guides only speak Spanish though.

Laguna de Guatavita is certainly the main attraction here, but the fact is its the hike to reach the lake, thats the real treat. You will be presented with stunning beauty of the Andes mountain range all along. 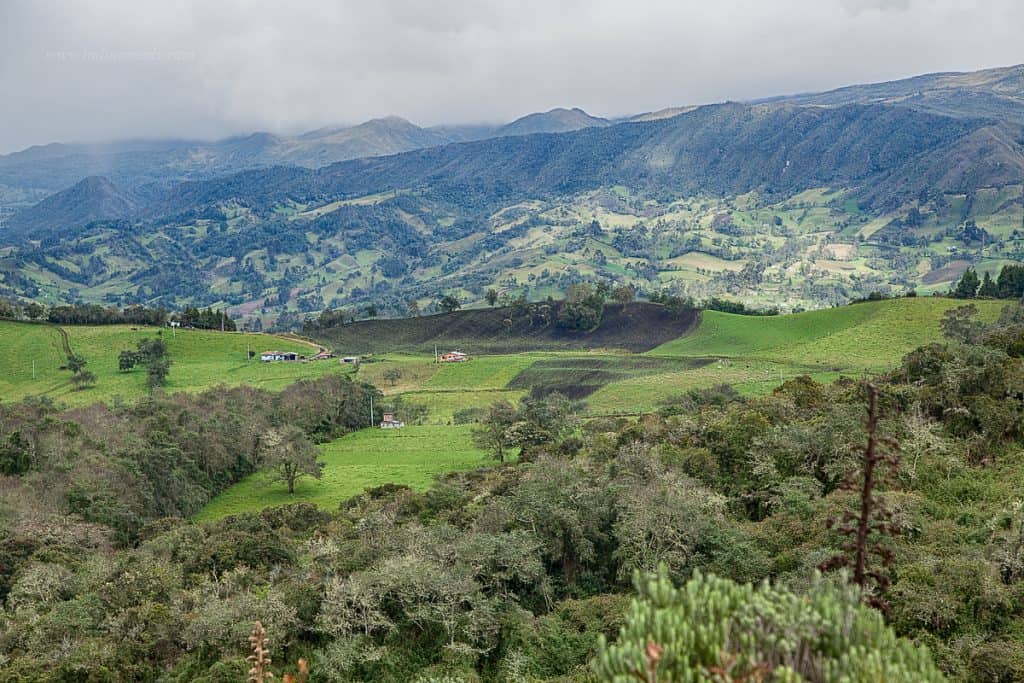 Park is open from 9AM to 4PM except on the first of every month. We spent close 3 hours walking around the mountain ranges and wandering off into near by walk ways. After spending a few hours at 3,100 meters (10,170 feet) altitude, it’s time to find a place to enjoy a nice Colombian cousin. 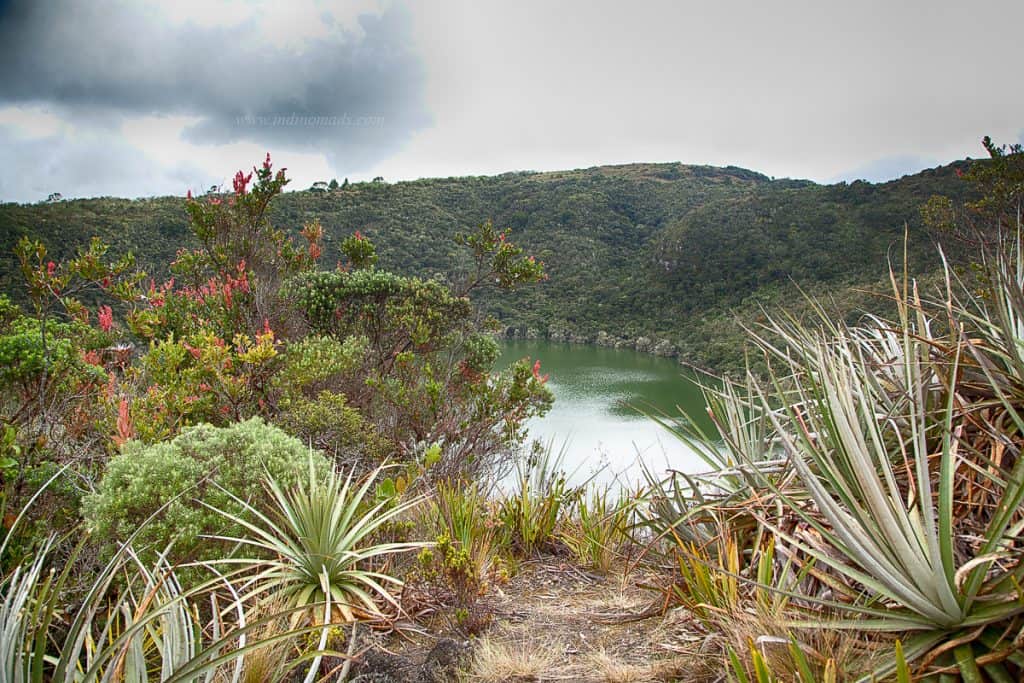 Given the altitude, go slow on the hike and take a bottle of water with you to keep sipping along the way. 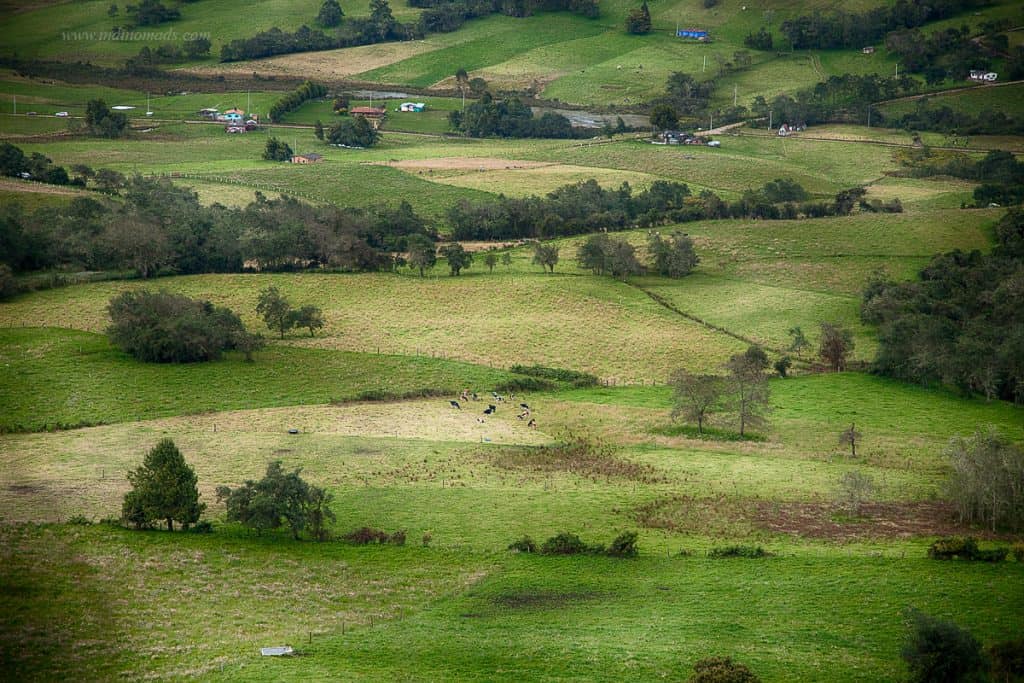 The actual hike itself is perhaps only 30mins walk uphill. But, the guide will go slow and stop several times to share the story of the location. So, even if you are not very fit, this hike is perfect. There were several elderly and kids in our group. 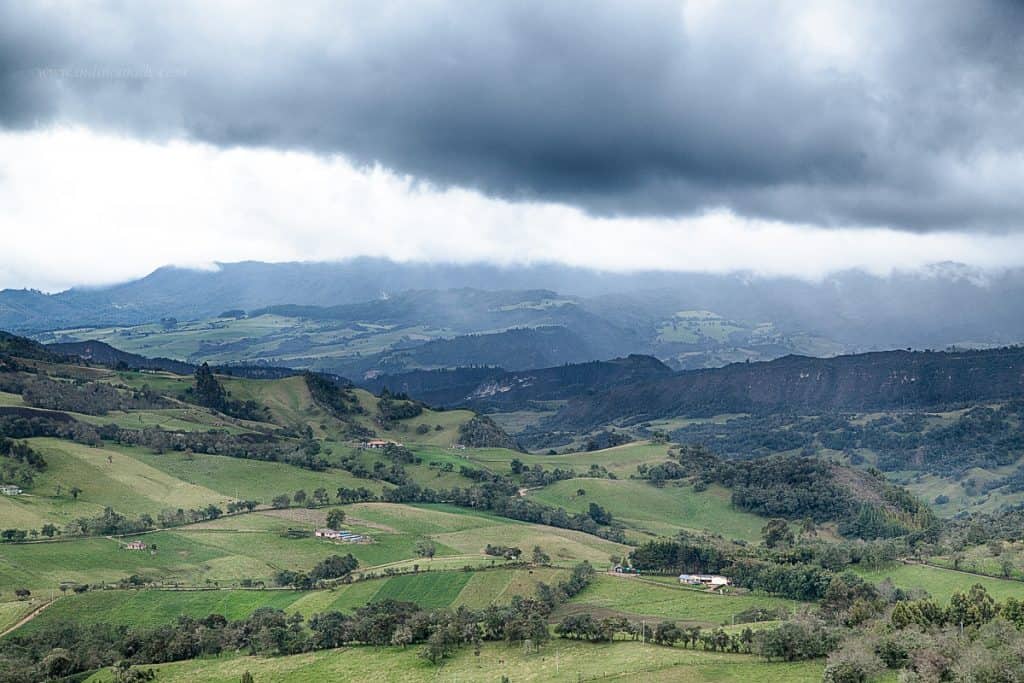 On the way to Sopo that has a few restaurants, stop by Tominé Dam which is only ~30mins from lake Guatavita.

Are you inspired to visit Colombia and Lake Guatavita? Save for future in Pinterest. 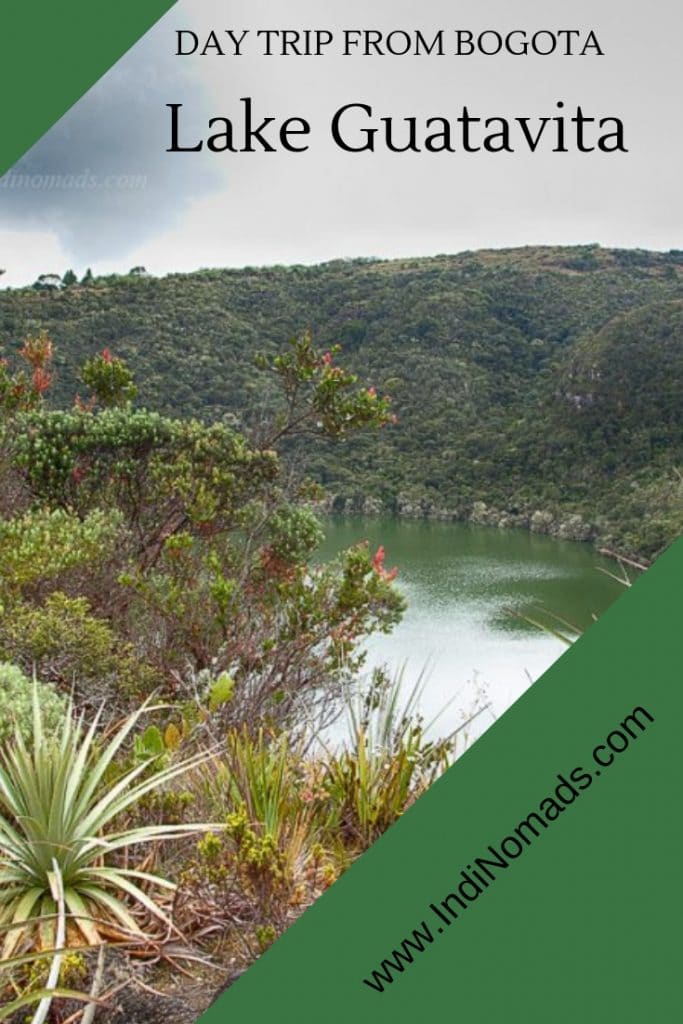