It was the last stop of my long South East Asia journey that took me through Sri Lanka, Thailand, Laos, Cambodia and Vietnam. By then I had been on the road for almost 6-months, living out of a backpack.

Hanoi is not where I entered Vietnam, but where I flew out of, back to home in Washington D.C.

There is a phrase in South East Asia, “same same, but different”. That phrase fits the region, especially Vietnam. It’s deceivingly similar to other countries I visited on my trip, yet very very different in everything from culture, landscape, food and history. 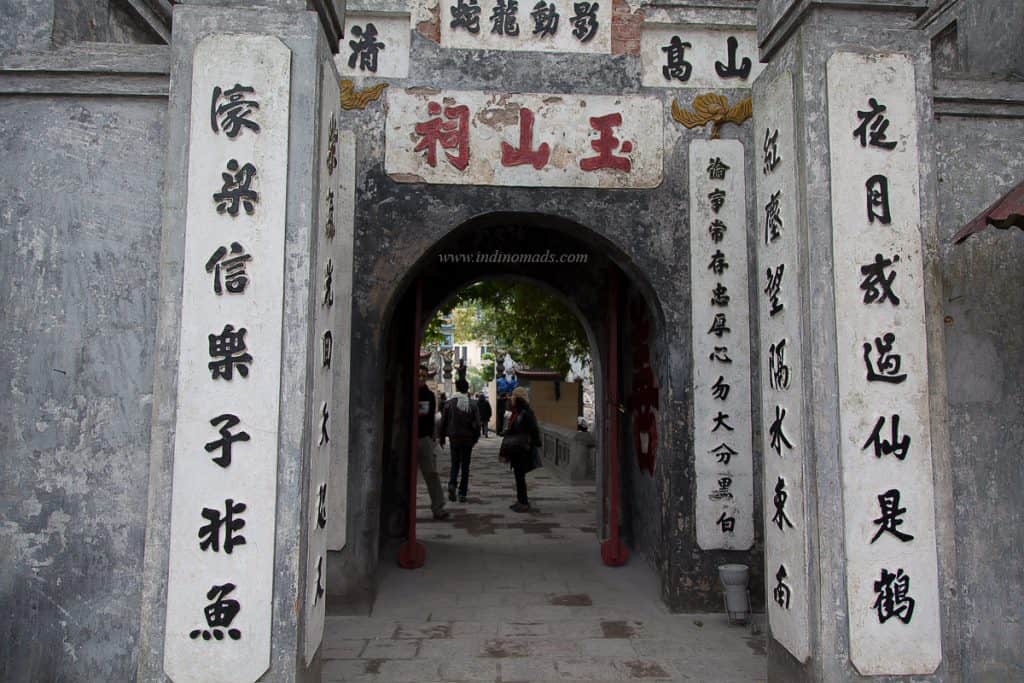 As I reached Hanoi with only 4-days to spare before my flight out, I was sort of done with sight seeing and touristy highlights. Yet, I wrote to Hanoi Free Tour Guides to see if anyone is available to take me around. A student showed up at the downtown hostel where I was staying. We got talking and strolling through the old-quarters of Hanoi for hours, stopping to relish street Pho soups and pastries. 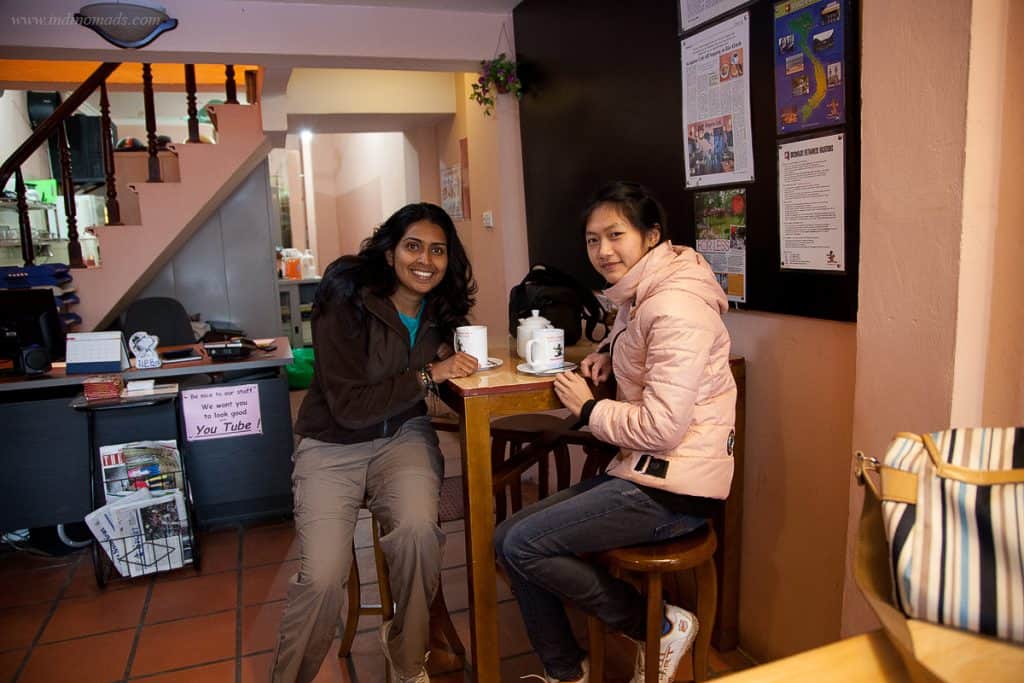 It was New Year (Tet) in Vietnam, the entire Hanoi looked as if it was dipped in red paint. Decorating the houses with lantern and red hangings are part of the celebration. For a tourist like myself, this time of the year is a treat to the eyes with such intense redness everywhere. 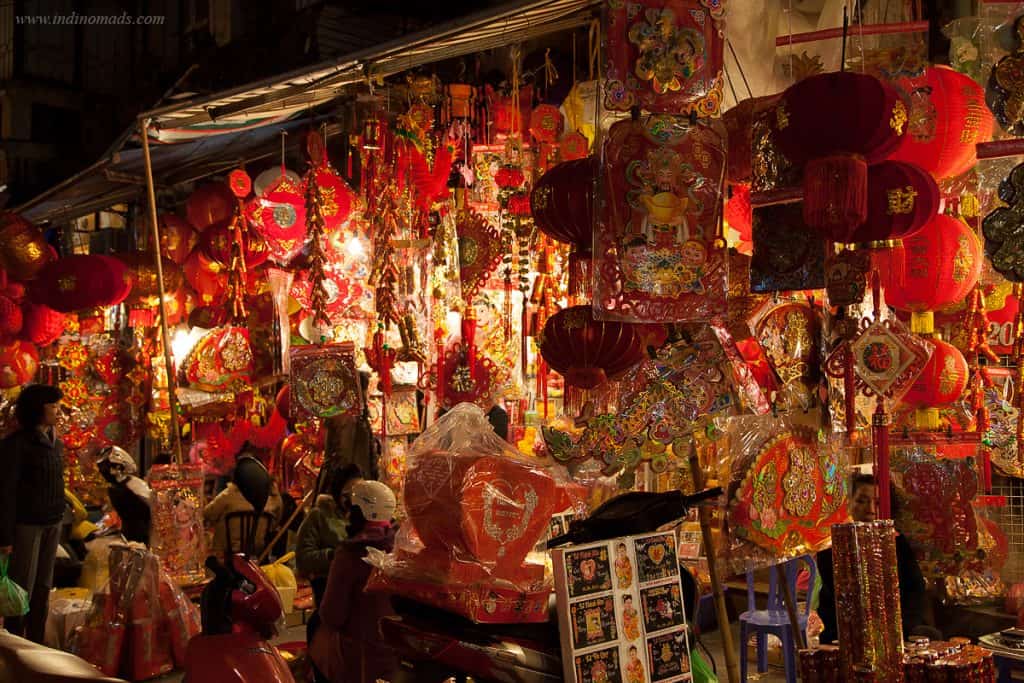 The busy week leading to New Year is not the only time the city traffic seems to get clogged, my tour guide complains. There is so much pollution that she offered a mask. I explained to her that I come from Chennai. 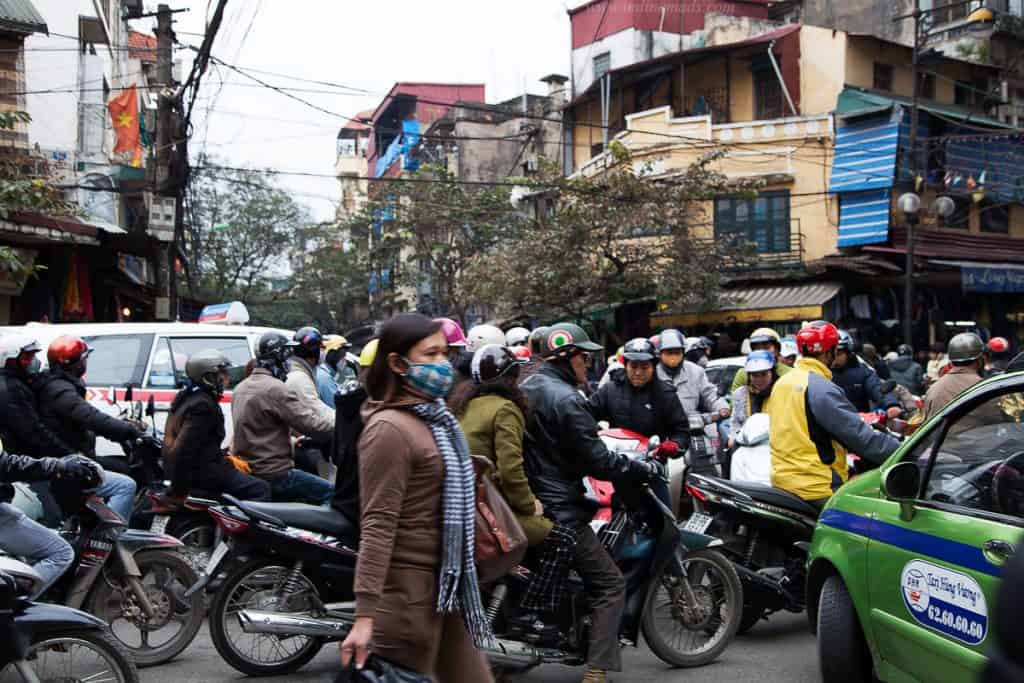 The hustle and bustle of the city doesn’t really face everyone. There is still time for a game or two at lunch breaks. 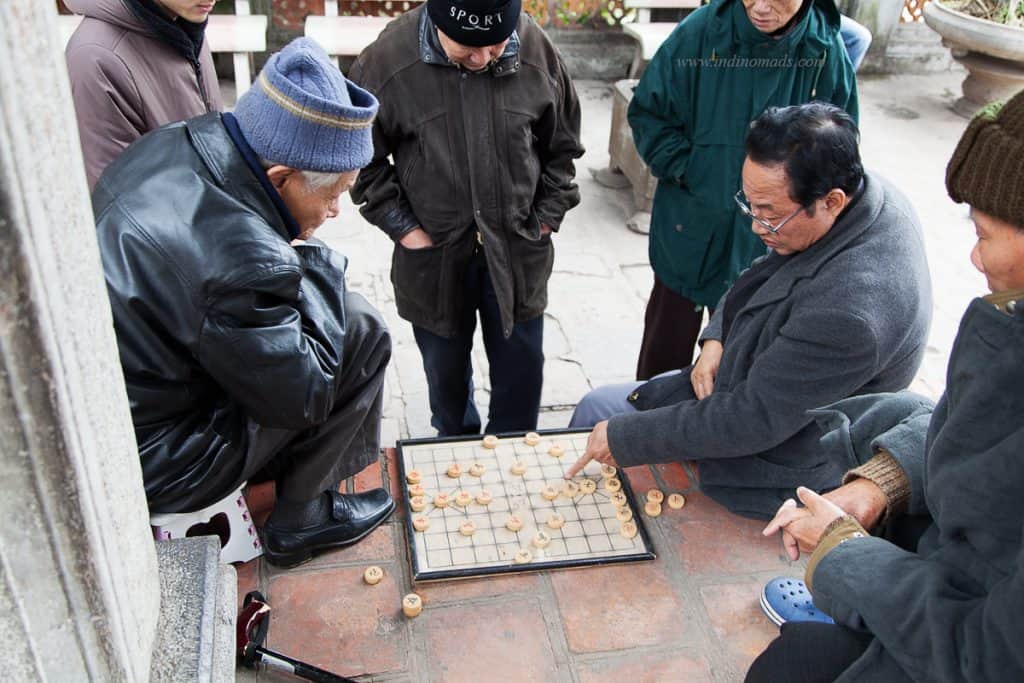 Something I found interesting in Hanoi – the houses are narrow and deep inside. As if you are walking through an alley to get to the house. Here the alley is the house, called “tube houses”. In the nineteenth century, the Nguyen dynasty taxed the residents by their house facade size. To trick the taxing system, people built narrow but deep houses, clever I say ! 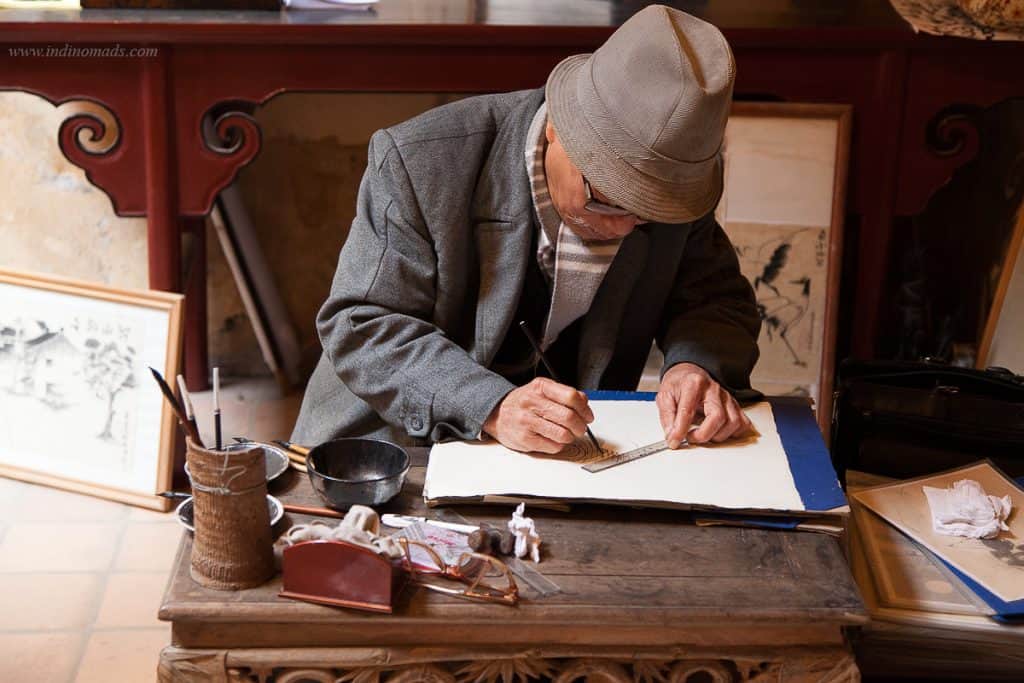 As the day winded, we walked around to eat some street Pho soup and made plans for the next day. She said she has a surprise for me the next day. I trusted her guidance, as I had an awesome tour of the city that day. 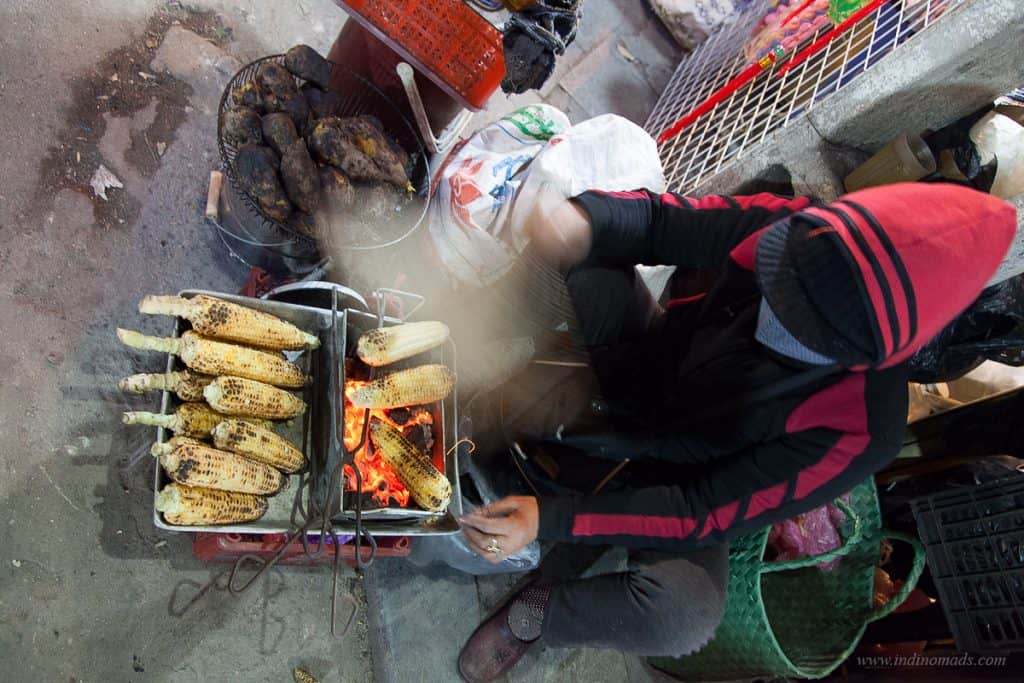 Next day came and she took me to see Ho Chi Minh Mausoleum, the final resting place of Ho Chi Minh. I had no idea what I was getting myself into.

I couldn’t sleep that night as I laid on my private room bed in the hostel. The sight of someone who died almost 50 years ago, yet looking fresh and tidy with vivid facial features gave me chills.

I listened to music, tried to watch funny videos on youtube, nothing helped. Eventually the fatigue from all the walking took over and I slept.

Have you been in a sleepless situation in a foreign country ? I would like to hear your story too.