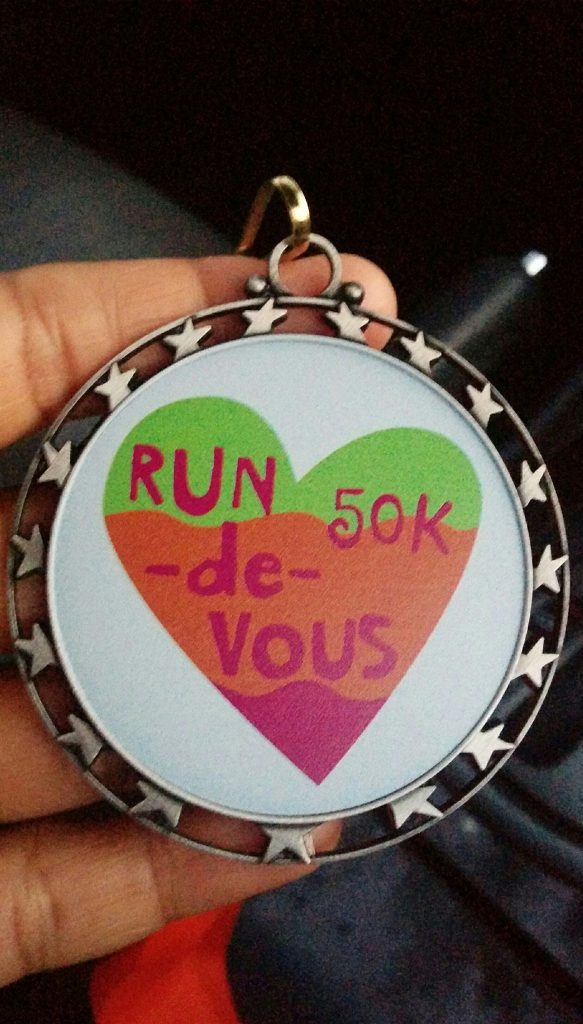 2016 training season with Team Asha started with no particular race in mind. However, I did have one goal, to run injury free. I made just a few changes and boom the injury free run happened.

Change #1: I had to diligently, i mean diligently foam roll every day. After a few weeks it became a routine.

Besides the regular IT band, calf, and glutes, I really had to work on adductor muscle. To get a deep massage, I used soft ball for inner thigh/adductor this time.

Change #2: Soak myself in slightly colder than room temperature water for 30mins after every run, including weekday short runs. 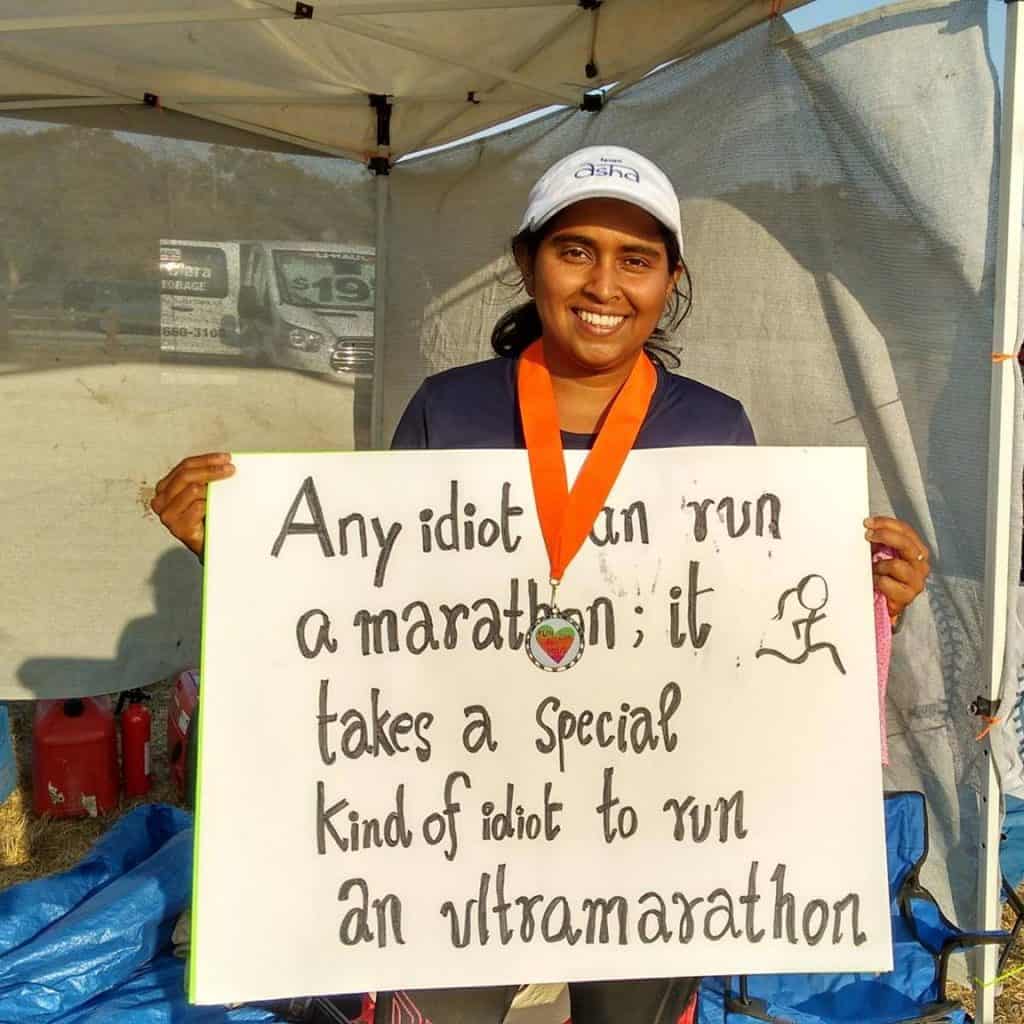 Change #3: Strength training. Been lifting weights at least twice a week throughout the season.

Change #4:  Got blood work done last year after being constantly tired. Clearly I was deficient on Vitamin D and low on B12. Last year i didn’t take the idea of supplements seriously. But, I have been taking them regularly since Feb 2016 and I strongly believe this has helped me in recovering from workouts. 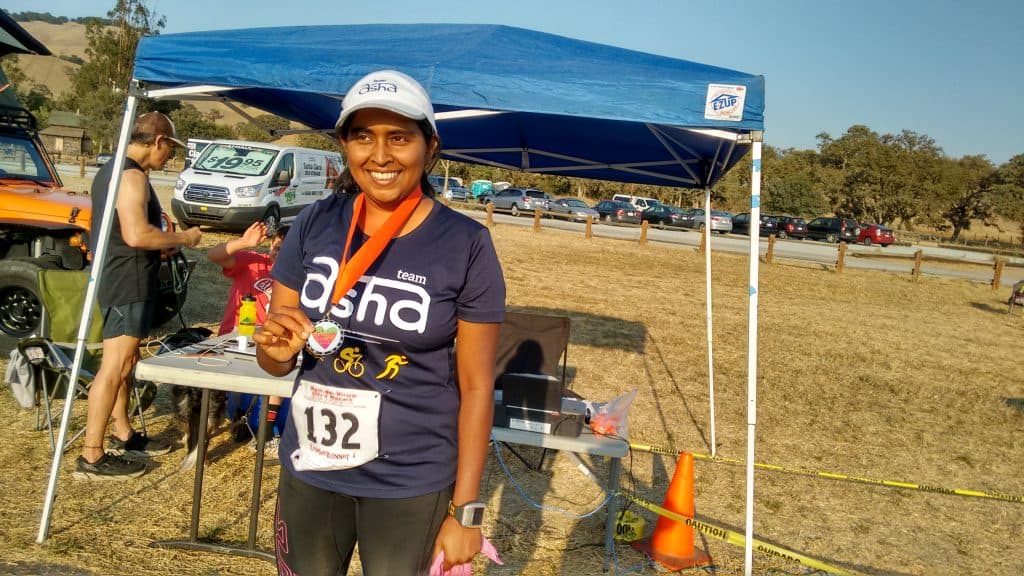 I just kept running and increased mileage as the weeks went by. When I hit mile 15, the thought of 50K occurred and I waited till 20-mile run before I registered for the race. I trained just like I would have trained for a marathon as far as the mileage goes.

Since its a loop, the logistics is super easy. Along the course you can set up a tent for the support crew to chill and keep your personal things handy. The race aid station tent was constantly refilled with delicious food all day/night long.

it was a never ending feast throughout the day. Some of Asha friends had come in the afternoon and manned the aid station.

50K officially started at 8AM, but later I learned that I could have started at 6AM itself if I wanted. That might have been a better idea to avoid a couple of hours in the heat. Oh well…Another option was to start at 8PM. Meh…I would rather sleep, because Bangalore Mid-night Marathon was no fun.

Even though, I did most of my training runs in the afternoon, race day heat was still intolerable. It was only 85F, but it felt like 100F for me. Around 11Am, Sun was out and I had to stop every loop to squeeze cold water on the head with sponge. Rajeev was nice enough to give ice-bandana in the race packet. I filled ice and wrapped the bandana around the neck/head and refilled every loop.

I took 2 salt tablets every hour along with good amount of food. I had packed lemon/curd/sweet rice in the cooler. I did eat a few spoons of curd rice around 1PM. Other times, I enjoyed the variety of nutrition at the aid station.

If you ever want to attempt an ultra race, go for Run-de-vous. Rajeev will take a good care of you. Tell him if you have issues, he will guide, give right advice and help you deal with the issue on the race day.

How often do you run a race where everyone knows your name ?!

If you reached this far in the blog post, how about donating to Team Asha ?