We have been going to Yosemite National Park in February for the past three years and 2016 is certainly a huge improvement in water situation.

After having spent two sunsets in 2015 waiting for horsetail with disappointment, I am thrilled to have photographed horsetail this year. 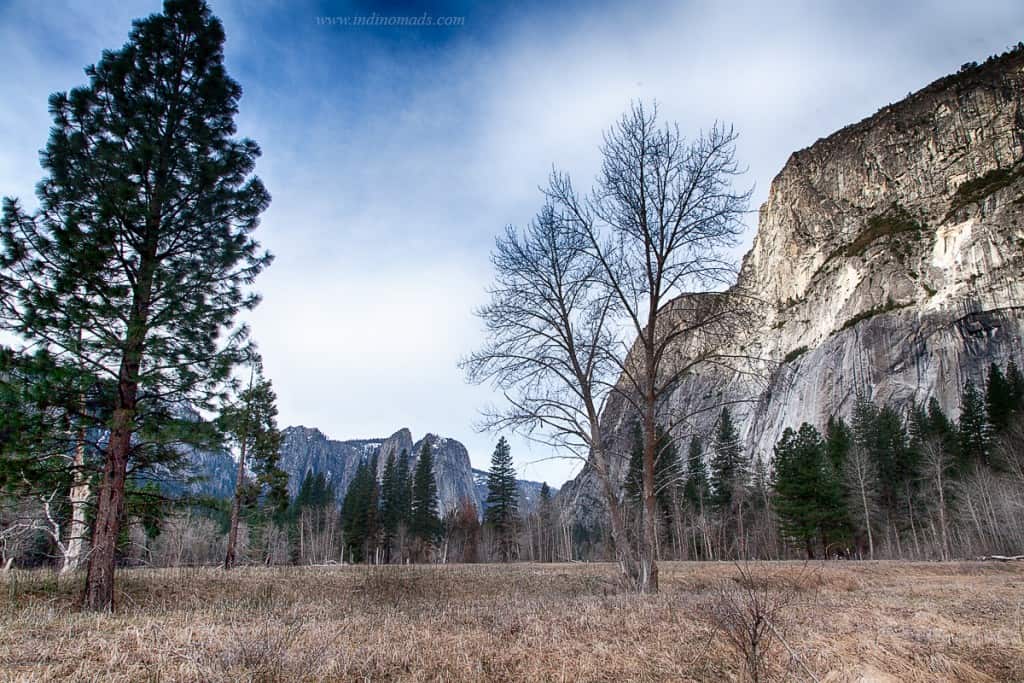 We left Sunnyvale around 8AM and reached Yosemite View Lodge around 11:30 and checked-in. This is the first time I have been on Hwy 140 and it was a true treat to the eyes with wildflowers along the way.

We are truly the bunch of Desis (BODs), the term coined during the trip, to have packed every single meal that involved packing the rice cooker, tamarind rice mix, home made poha mixture, flask full of hot coffee, etc., 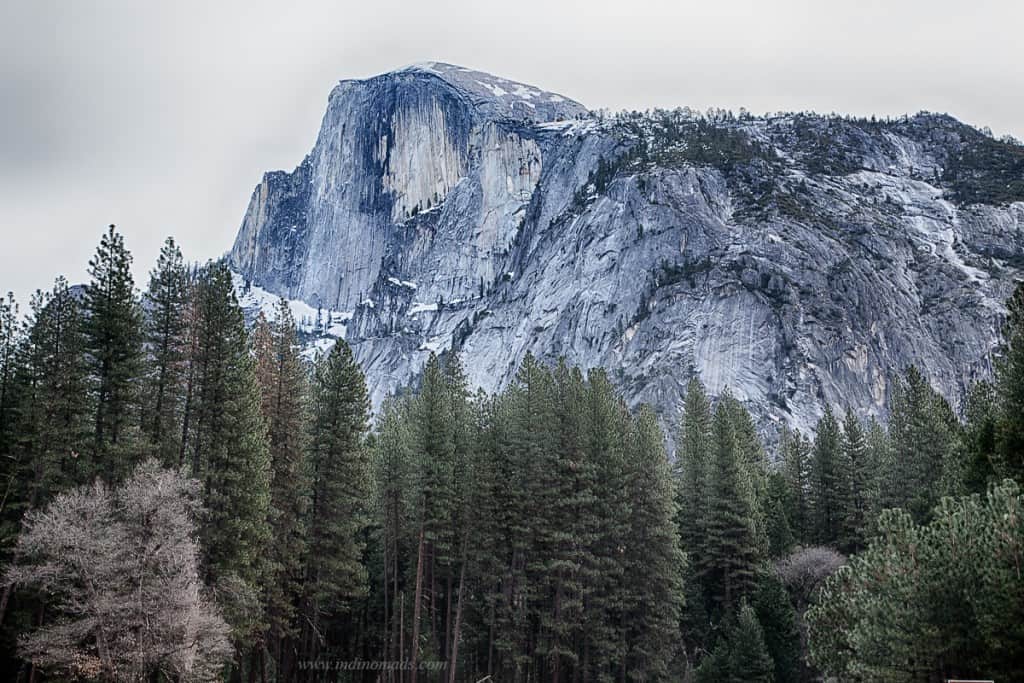 Entered the park at the Hwy 140 entrance and first stop was The Cascades Falls. We did rock scrambling in an attempt to get closer to the waterfalls but the path was not easy to find. In an attempt to get to horsetail asap, we gave up. 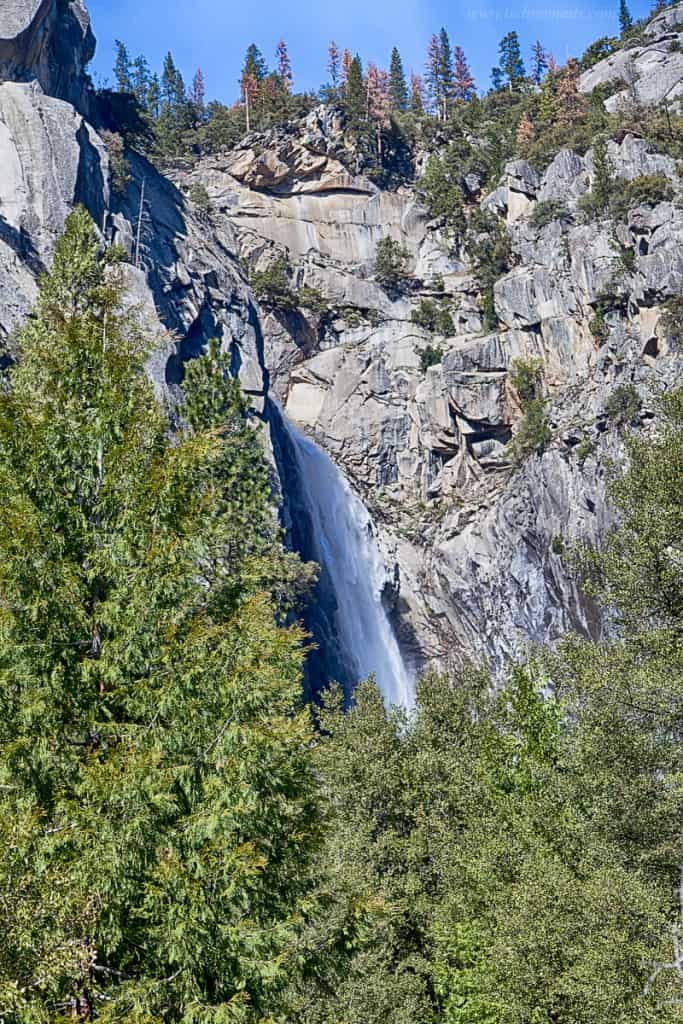 Further down the road at Bridal veil falls also had a beautiful flow of water compared to 2013 for sure. 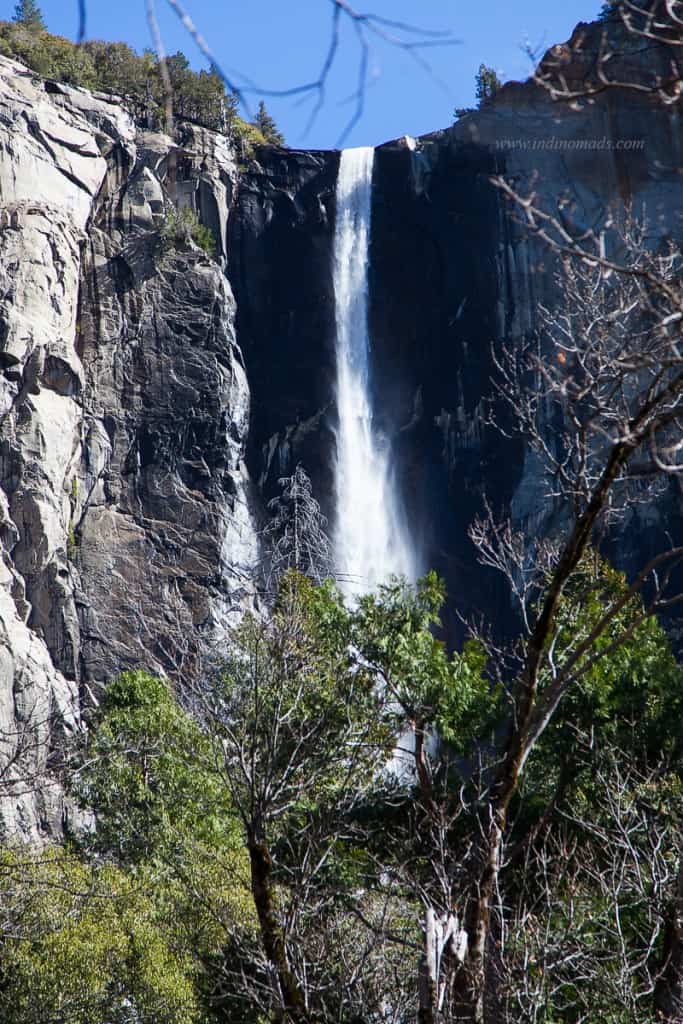 By now we realized that the horsetail parking lot is going to be crazy filled soon. With a short stop to take in the wide open view of the Upper Yosemite Falls, we drove straight to Horsetail falls parking lot. 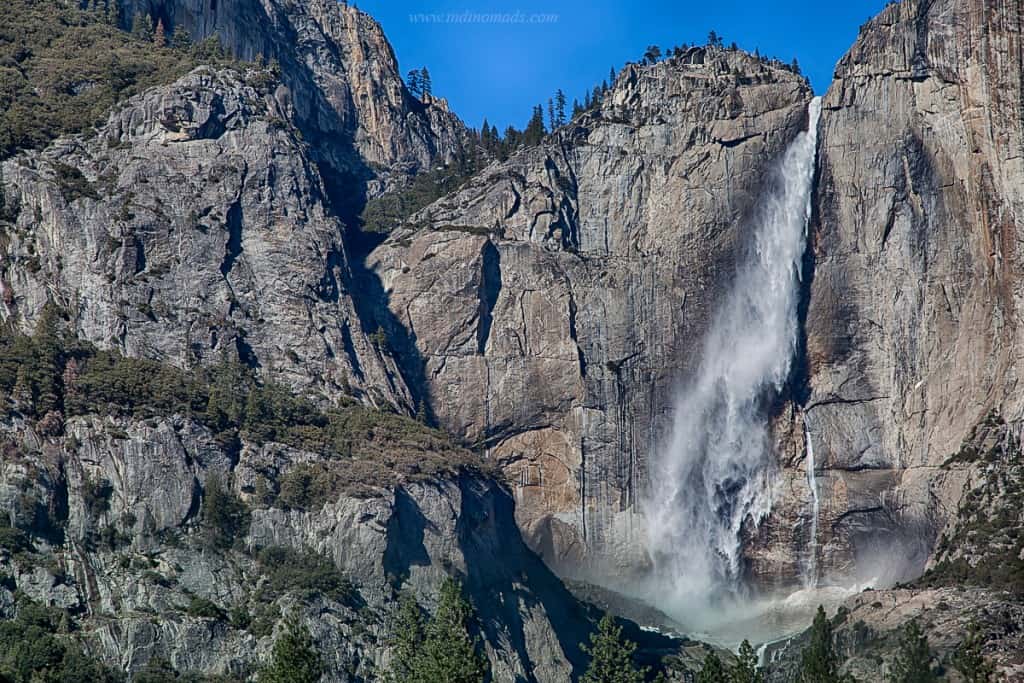 It was around 3PM when we got to horsetail area and the parking lot was already full. So, we parked right outside on the roadside.

Even at 3PM there were about 50 cameras setup ready to be fired.

This is when all the packed snacks came in handy. While the husband guarded the camera, the rest of us walked around to the El Capitan meadow.

Around 5:30PM there was dense cloud ready to crush all the photographers’ hearts. Especially given the fact the previous day sunset was a disappointment due to the clouds covering sunlight, there was lot of sighs and frustrations from fellow DSLR owners. 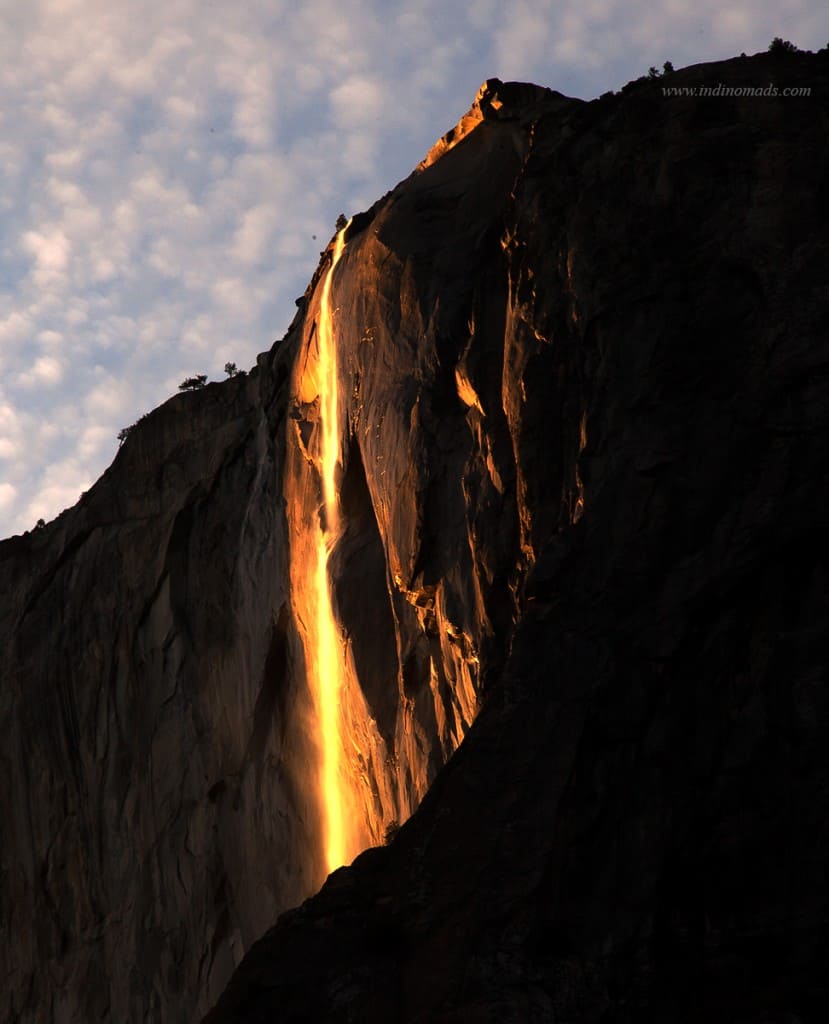 It didn’t take long for the clouds to give in and move away. We all got an amazing show of the phenomena.

It was time to wind down for the day and next day morning we had planned to come to curry village for sunrise that was supposed to be at 6:30AM. But we managed to reach the meadows at around 7:30AM. 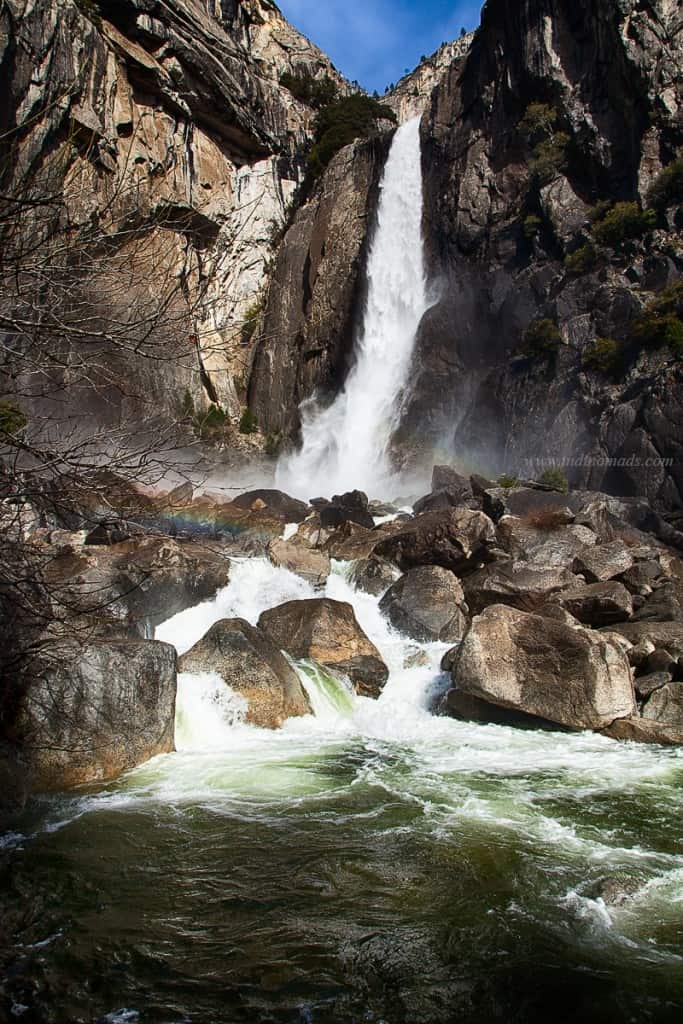 After spending few mins in curry village, we headed to hike Lower Yosemite Falls and view was just spectacular. Having gone to this falls at different times in the past, we concluded morning is the best time to get there as the sun light is just perfect for pictures. 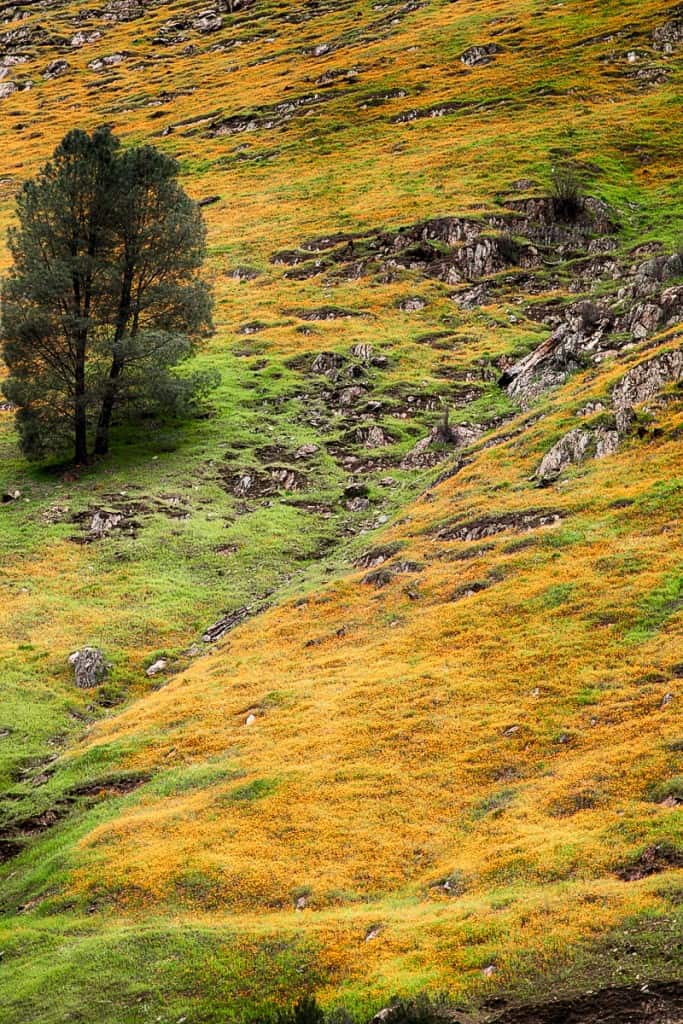 Driving back involved a lot of stops for wildflower pictures as there was just tons of “wow” moments. 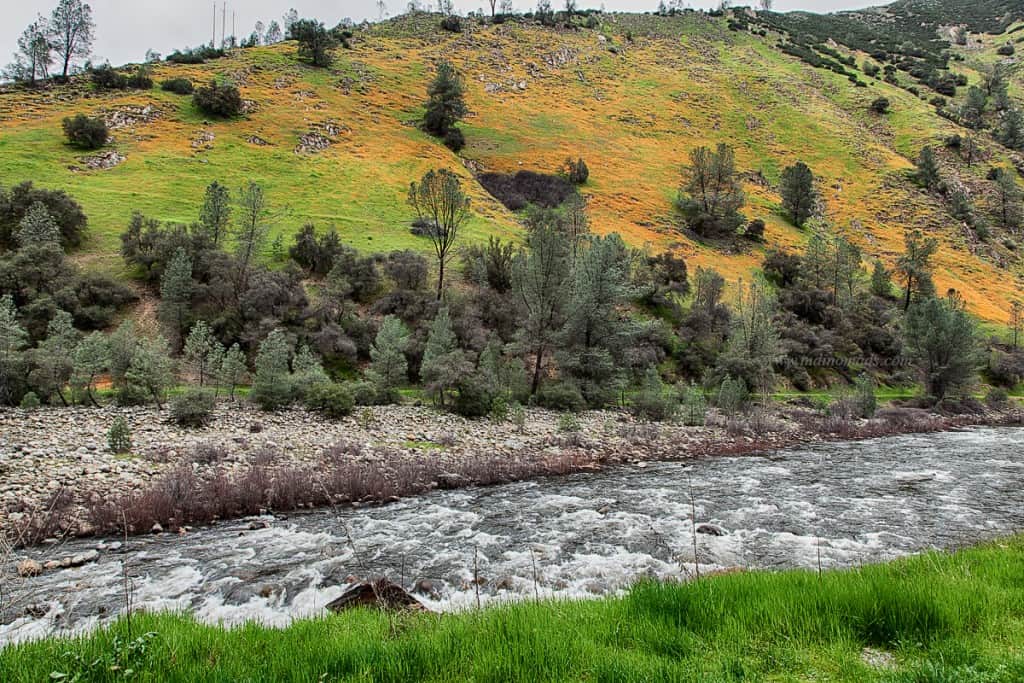 A true treat to the eyes and the fact that it was cloudy on our drive back made the flowers looks more saturated in color. 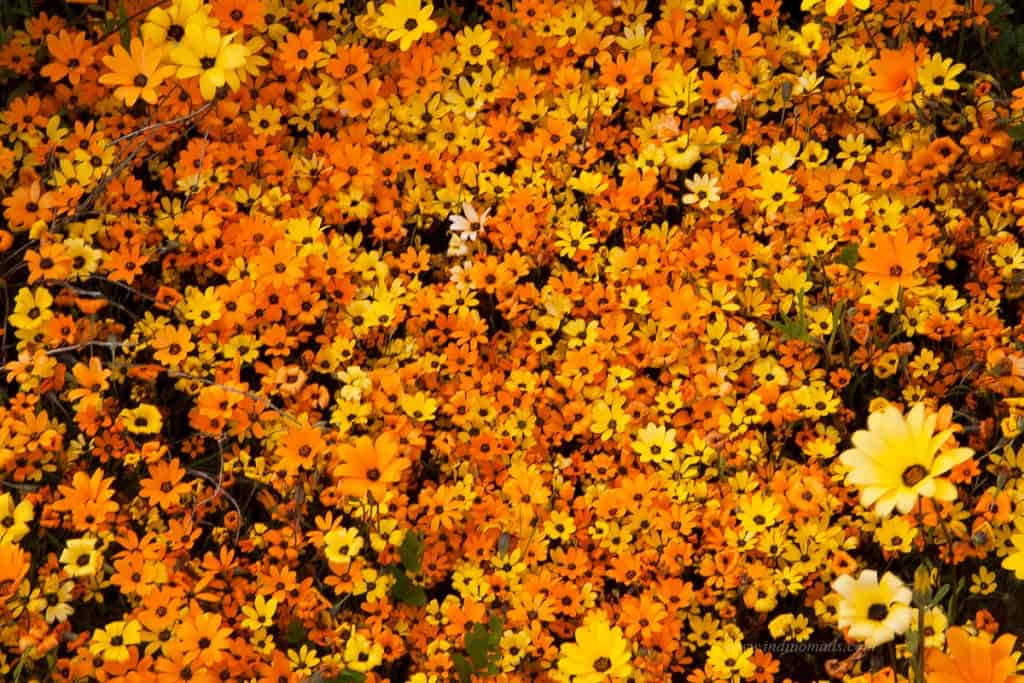 So, if you have a weekend in the next couple of months, do drive to Yosemite and stop along to enjoy the flowers.