About 150 miles south of Washington D.C is this ashram called Yogaville, started by Swami Sachidhanandha from India.

The ashram is a 600 acres of serene, wooded landscape. The main attractions are the Kailash temple, Lotus temple, Swamiji’s tomb, and the awesomest vegetarian food along with plenty of yoga and meditation to sooth one’s soul. 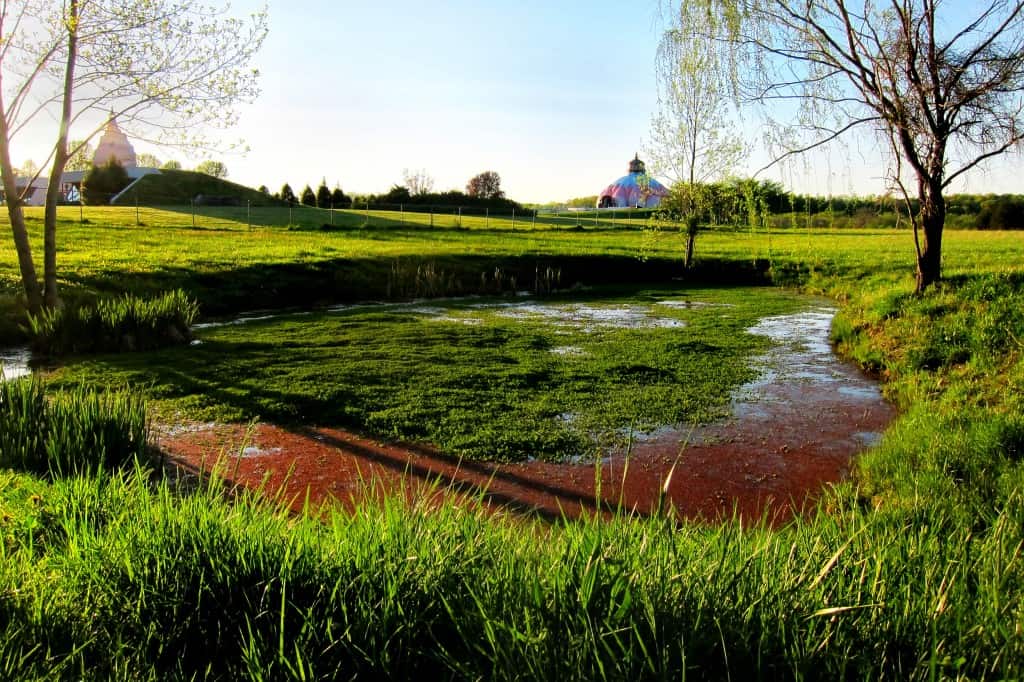 We went for a weekend retreat program that starts at Friday 5PM and goes on till Sunday evening. Even though Friday check-in time is at 6PM, by the time we got there it was 7:15PM. And dinner is served from 6:30 to 7:30PM. We drove as fast as we safely can and got there right before they closed the kitchen. Food being one of the main attractions, we certainly didn’t want to miss on it. I called the management and warned them of our late arrival just to make sure there is someone to check us in.

Just a bit about food before we talk about the rest of the aspects of “Yoga” retreat : They serve very earthy, vegetarian and sometimes vegan food at the ashram. There is also a form in the property that supplies vegetables to ashram. Here is a list of food we were served this weekend. 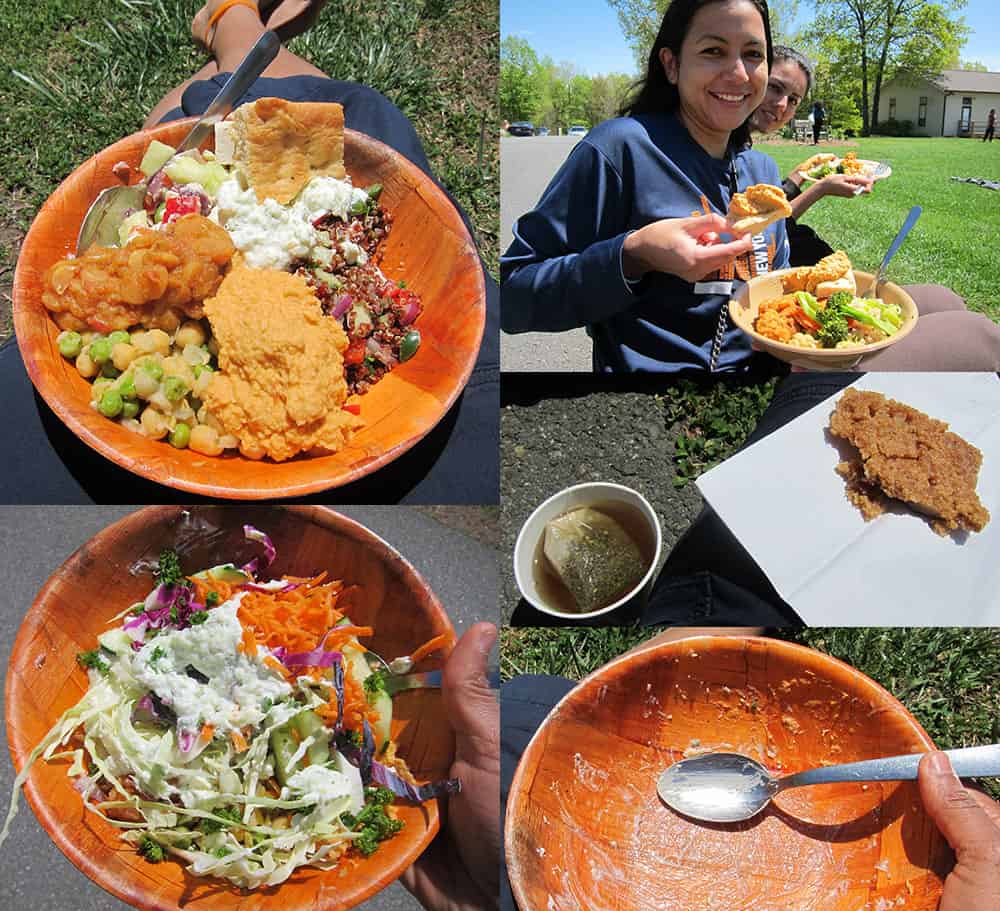 Now that we have talked extensively about food, let’s talk a little about the rest of the things one can do to benefit from this experience.

The lotus temple is situated on the banks of the James River in Buckingham, VA. The set up is in a such a way, there is a lake around the lotus temple, and Blue Ridge Mountains in the backdrop.

Lotus temple offers a really beautiful,peaceful, pin-drop silent area (as shown below) for meditation. Even if you are not into meditation or just can’t get the mind to sit in one thought, just being in that room calms you down. At least, that’s been my experience, for being a hyper-active minded person. 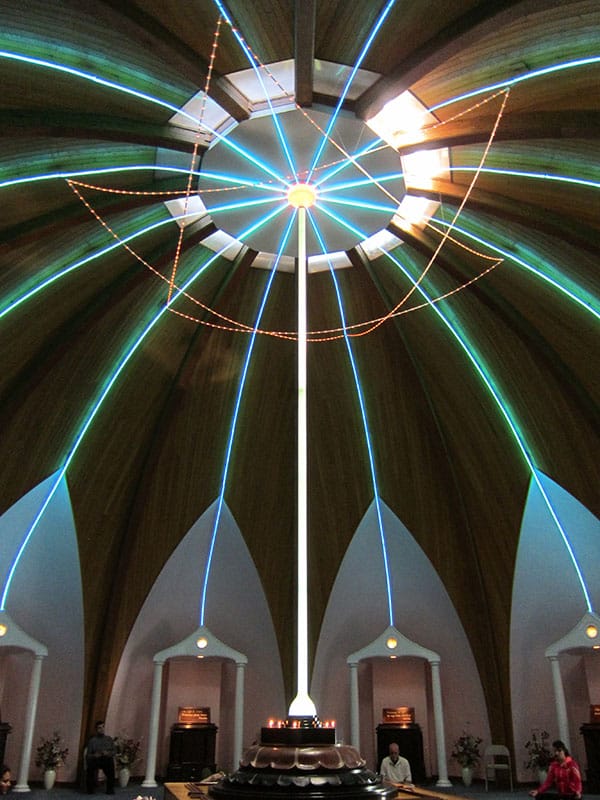 Kailash is a little hill near Lotus temple that has a statue of Lord Shiva in his dancing form. He is called “Nataraj” in this form. Lord Shiva, the destroyer of evilness, in this form is represented as half man and half woman (his wife Shakthi).

A few times a week, a Poojari performs a pooja, which is equivalent to communion in Christianity. The Poojari is a lawyer by profession but a passionate Hindu devotee and I am totally impressed by his ability to recite Sanskrit verses so fluently.

So, what is Kailash and why is this hill called Kailash ?

Mount Kailash in Himalayas (way up there !!) is considered the living place of Lord Shiva. It is every religious Hindu’s dream to hike up the mountain to reach Mt.Kailash for obtaining Nirvana. Lord Shiva being a destroyer, can relieve one of re-birth and lead to Nirvana.

My religious mother badly wanted to climb this mountain. Well, it was not in store for her. But, look ma, I made it to Kailash for you !!

What’s a retreat if you don’t get to have some fun ?! So, we had to do the poses to take pictures !!! 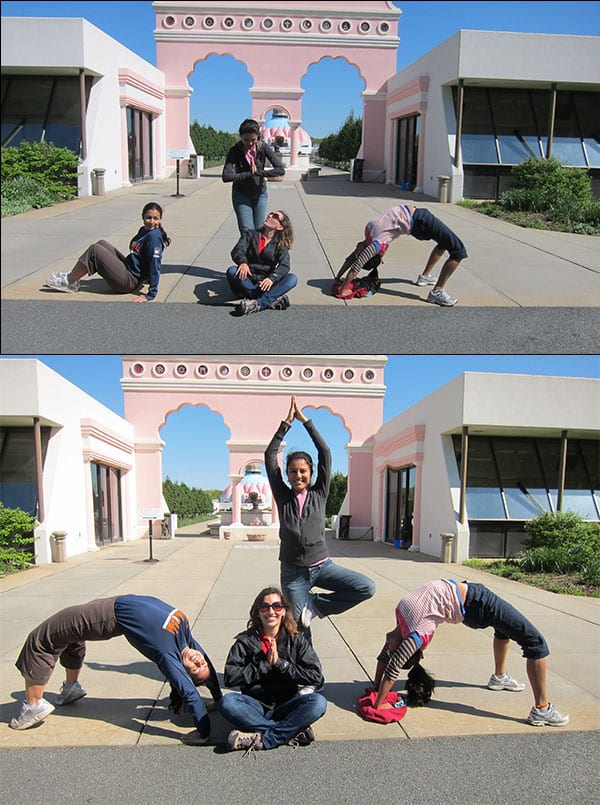 And this is not to be attempted at home !!! 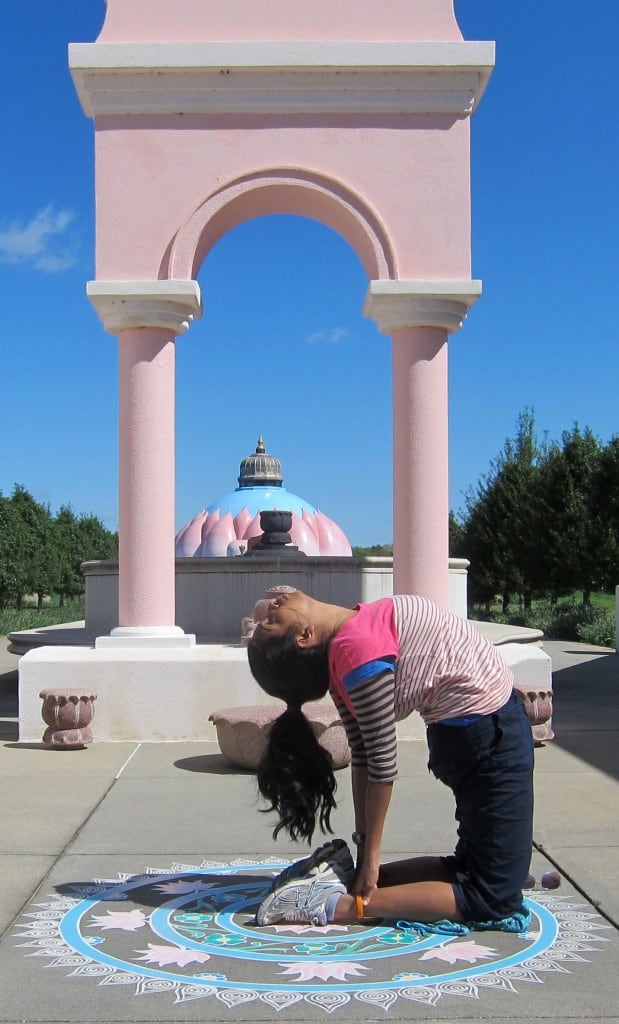