We camped at Tunnel view village I. Since it was a long weekend for both US and Canada, the campground was super crowded.

The trail head is very close to Banff town. And there will be signs everywhere directing you to the trailhead. We were not that impressed with the hike. 1) The view of the valley is certainly spectacular but you also get a view of the Banff town. 2) High traffic trail 3) Not much snow peaks in July.

After the hike we went down to Banff town and had thai food. The town is so big and super commercial. You might forget that you are in a National Park. 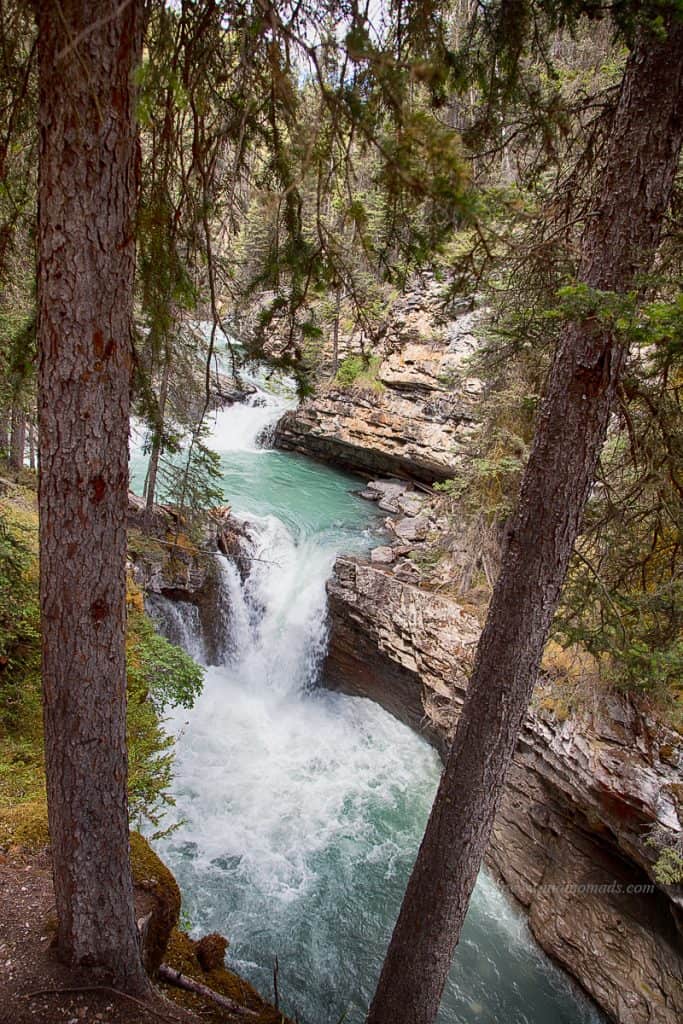 Lower Falls is only a 2.4KM roundtrip. It’s a well paved trail and tons of tourist buses stop at the trail head. Waterfalls are beautiful but the crowd might kill the experience. At least for us it did.

If you want to beat the crowd, go really late in the evening like at 7 or 8PM.

Personally, we didn’t enjoy the Banff area as much. Especially after Jasper National Park, the bar was high for views and crowd factor.

If you only have limited time to explore the park and want to skip a section of the park, my recommendation would be to skip Banff region. 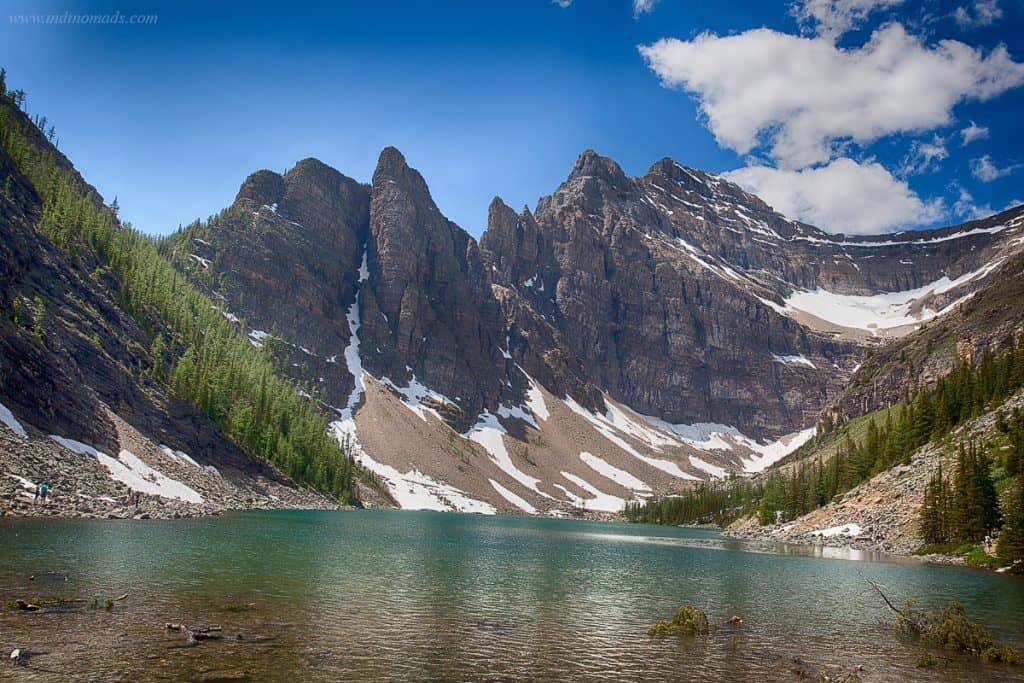 Trail starts at Lake Louise and goes straight up to Mirror lake and Lake Agnes. The trail is crowed with people and mosquitoes. But, the lakes are beautiful. At the Lake Anges, there is a tea-house that actually serves hot tea.

Along the way, you will get a better view of Lake Louise from a higher elevation. If time permits, do take the detour to Little Beehive (1KM roundtrip). We missed it. But heard it offers one of the best view points of Lakes Louise, Mirror and Anges from one location. 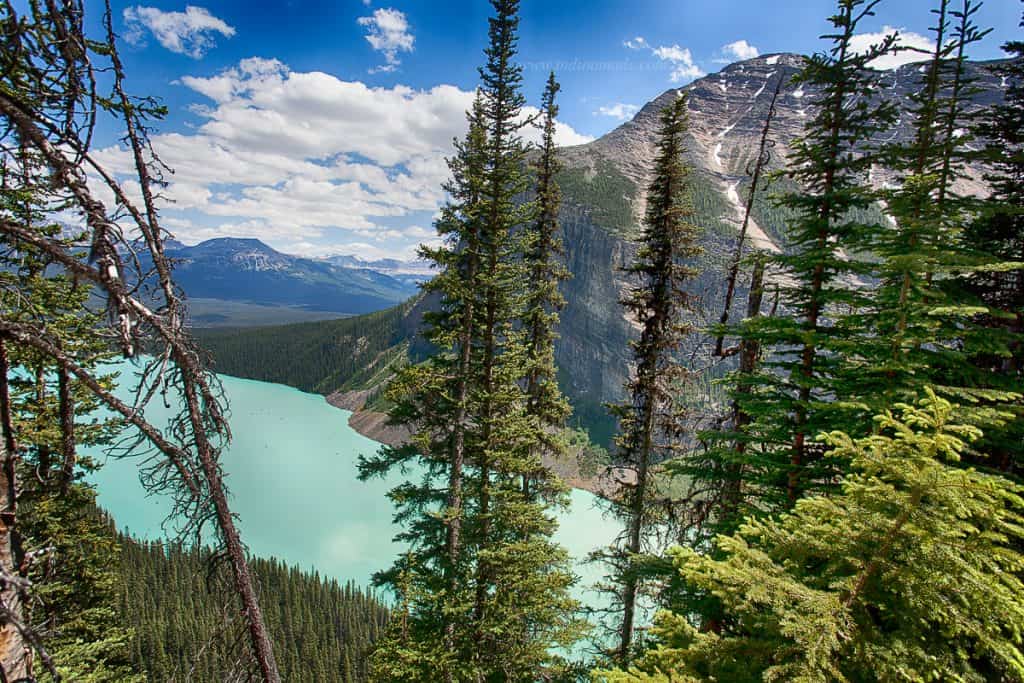 Lake Anges to Plain of Six Glaciers: 6 KM one way

Leaving the crowd behind, we headed on a really pleasant trail towards plain of six glaciers.  On the way, there is another detour to Big Beehive view point that some people chose to do. We didn’t know much about until we heard some hikers describe the views. So, if you can include it too. 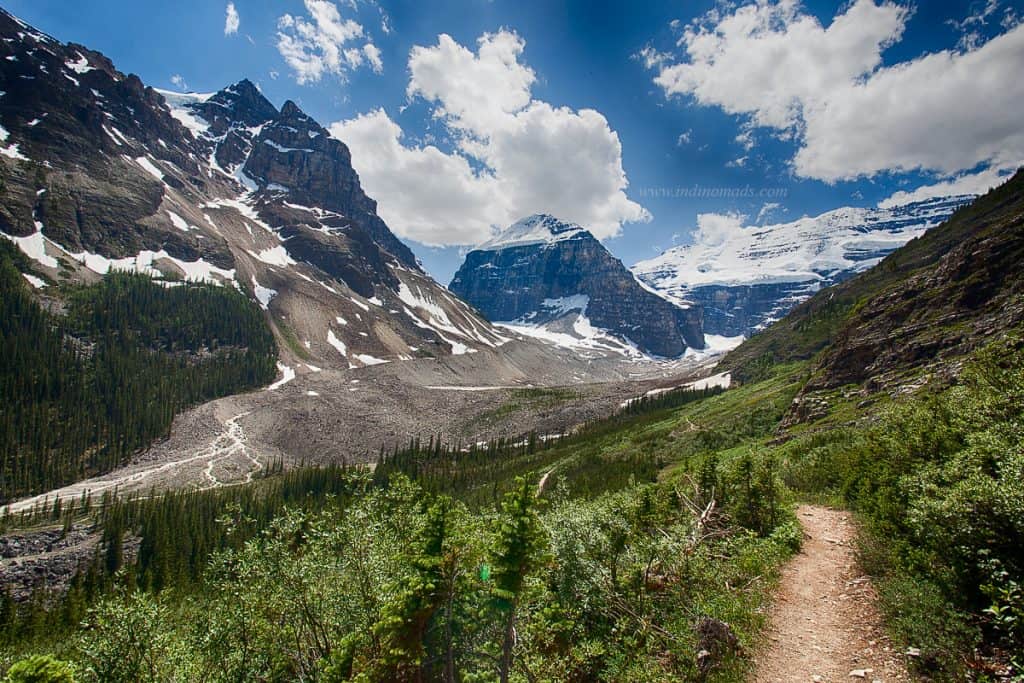 This hike is indeed really beautiful with views of glaciers and snow-covered peaks. There is another way to reach directly from Lake Louise, skipping Lake Agnes. That would have been 6KM one way. We just took the longer route to cover more. 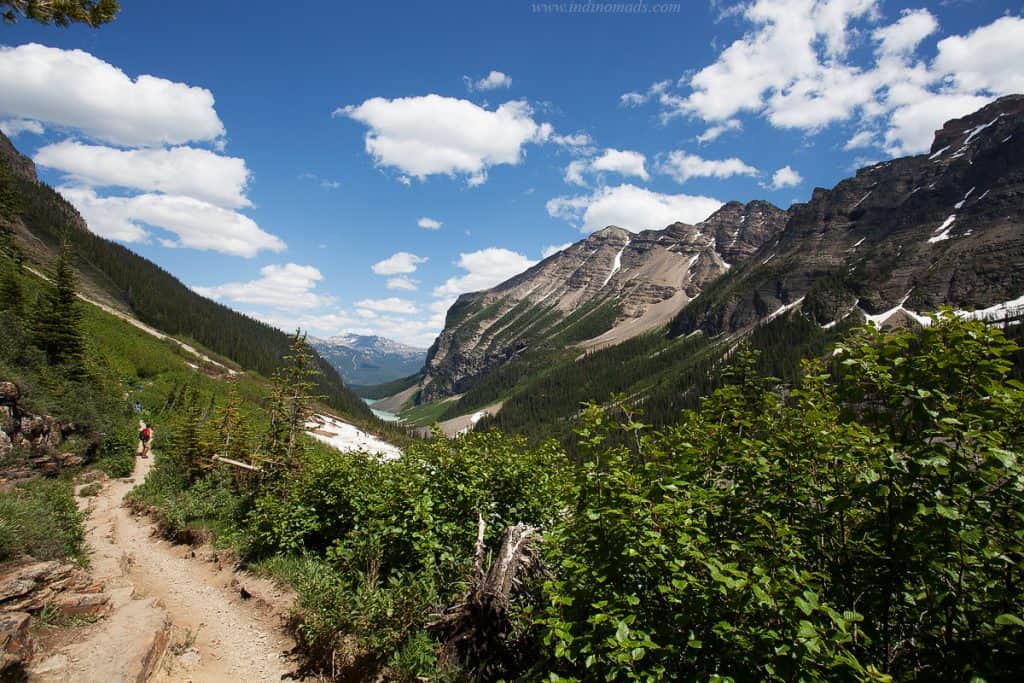 The last section is pretty steep but other than that, the hike is fairly moderate. There were couple of snowy sections to cross. And it was certainly slippery. 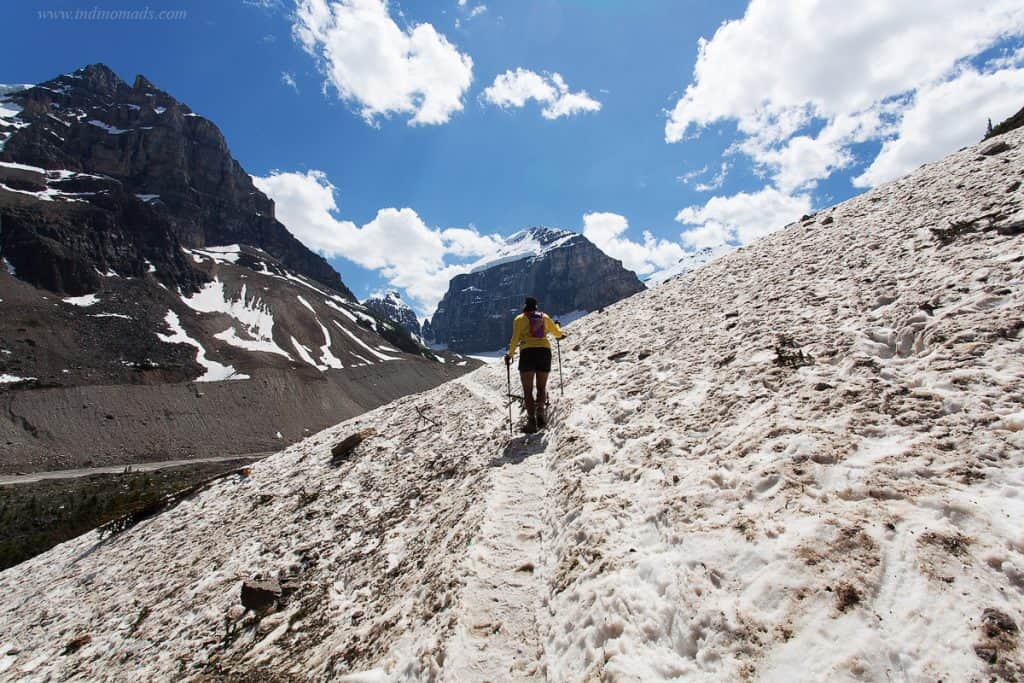 Once you reach the top, there is a tea house if you want refreshments. We didn’t even bother to go to the tea house. We just dipped the legs in the ice-cold glacier water and chilled.

On the way back, in an effort to avoid snow, there were few groups that went down another trail that looked like a well-traveled trail. So, we followed them. Only to realize later that the trail might have been washed away by the river.

A few decided to trace back to the original trail. However, another group of young hikers were persistent and wanted to find the trail no matter what. We stuck around with the latter crowd.

We decided to the follow the river that fell into Lake Louise. That meant crossing the rapids a few times, bouldering and bushwhacking in hope of finding the trail. And to our surprise, we actually found the trail. What a team effort with strangers !! 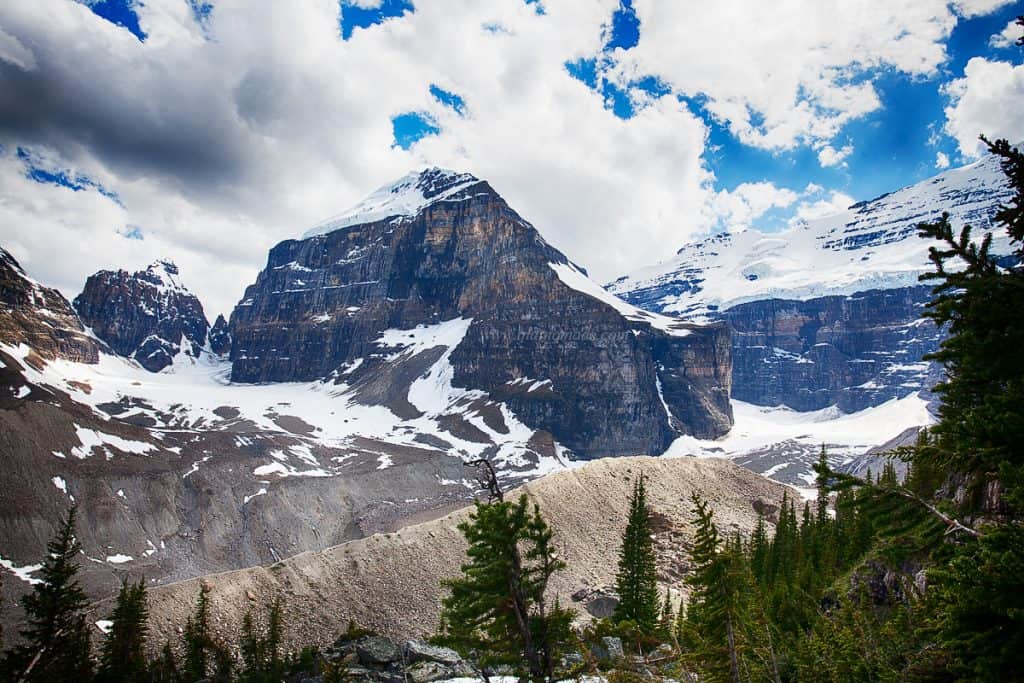 The total hike was approximately 16KMs. Well worth it and nerve-wrecking. Moral of the story is, stick to the known trail in the mountains.

This is one of the best ways to get a view of Moraine lake without hiking for hours. And especially at sunrise, expect a lot of photographers at the top.