After having traveled around the world, I realized that when people think about India, only a very small no of travelers even venture into South Indian treasures such as this temple. However, it is slowly becoming a place of appreciation among tourists and travelers who seek knowledge and history.

The King’s name is Rajaraja Cholan. He ruled Southern India around the year 990. Below is a sculpture of the king. 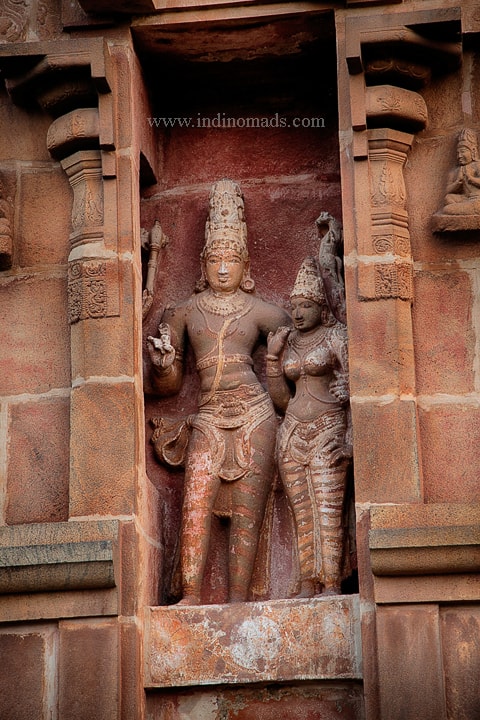 == Of all the amazing temples he built during his dynasty, this Tanjore (AKA Thanjavur) Kovil (= temple) is a masterpiece. == 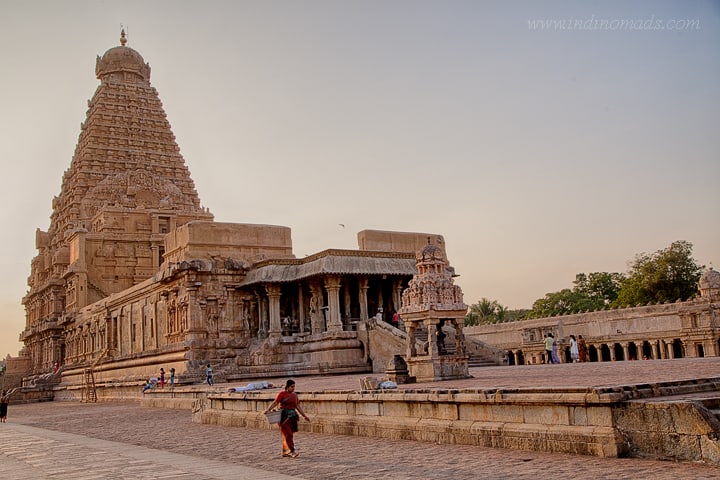 == This granite marvel is adorned on the top with a 40-ton tower. How such amount of granite was transported and raised to the top and sculpted to this detail, still intrigues engineers and leaves historian with an awe. 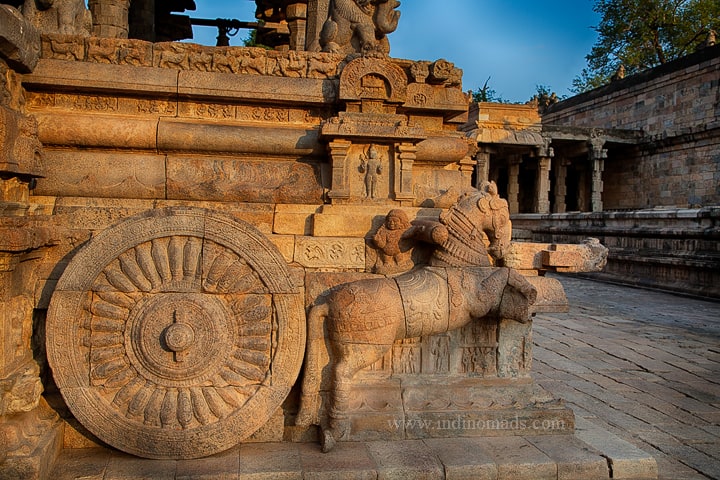 == With primitive tools how did they make such precise and intricate designs ?! == 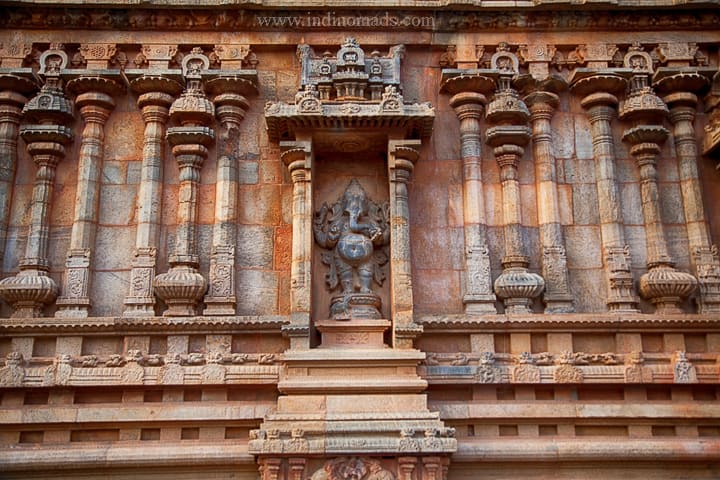 == Even though I speak the language that’s been spoken in this region for ages, it is amazing to see how the language has transformed tremendously. I can’t seem to read a word of this lithic inscriptions. Only the letters look familiar !!! ==

== One of the main aspects of this temple is Nandhi, the bull, that acts as a gate keeper for Lord Shiva and his wife Parvathi according to Hinduism. Accordingly, every Shiva temple will have a Nandhi in the front of the temple. == 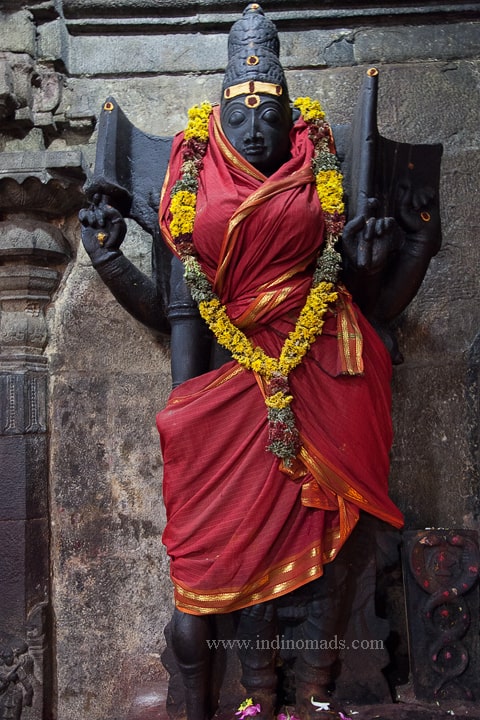 == The grandeur of this Nandhi, the bull, is built in proportionate to the rest of the temple. This UNESCO World Heritage site is still a place of worship following the ancient rituals. There are different activities happening throughout the day except for lunch time. == 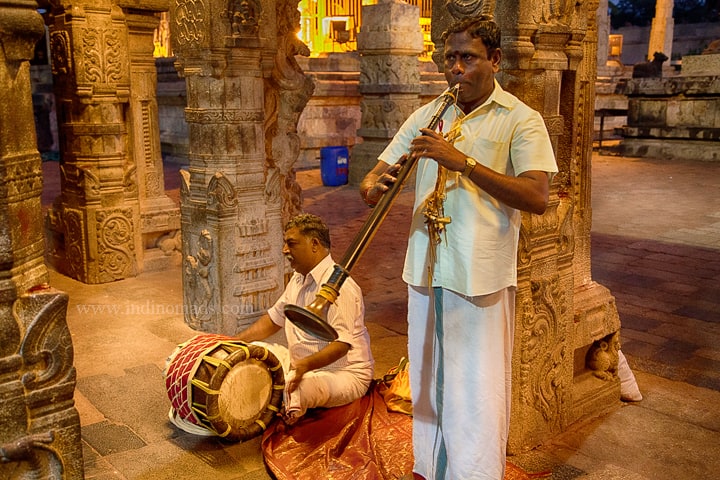 == Pooja, the act of worship, is performed everyday with simply south musical instrumentalists performing religious songs with devotion and perfection. == 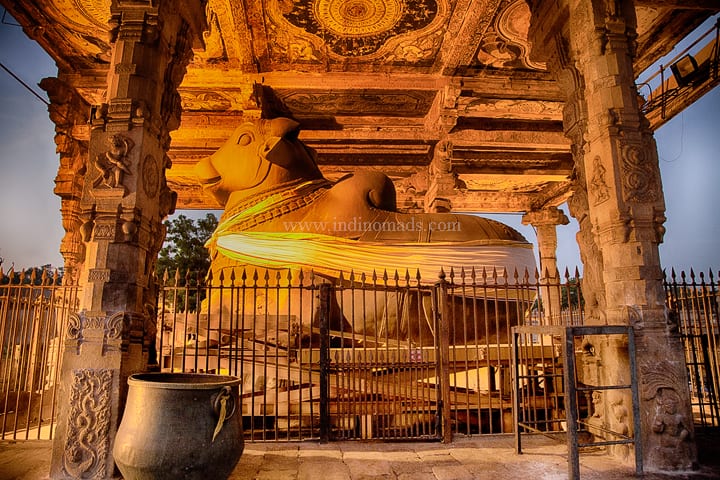 == One of the ritual includes cleaning the idols, decorating and dressing them, besides chanting prayers. == 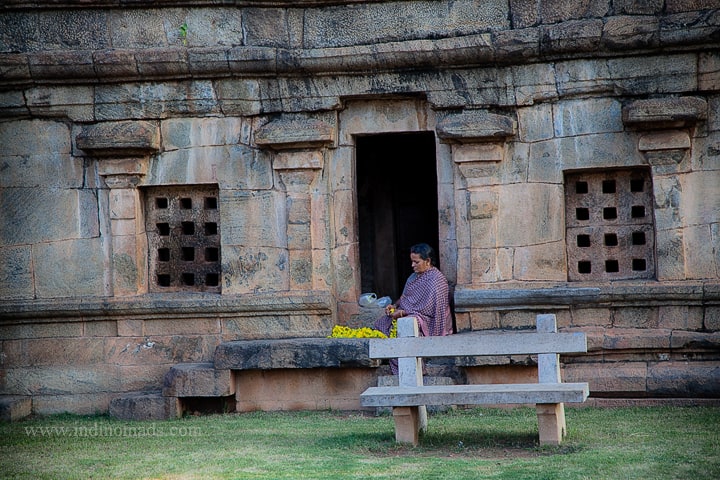 == Above is a picture of a woman who spends every evening at the temple making garland with fresh flowers for decorating the Gods and Goddesses of the temple. She tells me that it brings her peace and believes its a form of meditation. ==

== If you happen to visit the temple, I recommend going in the evening time and wait till sunset to watch the Sunlight bring out the carvings into jewel like masterpiece. == 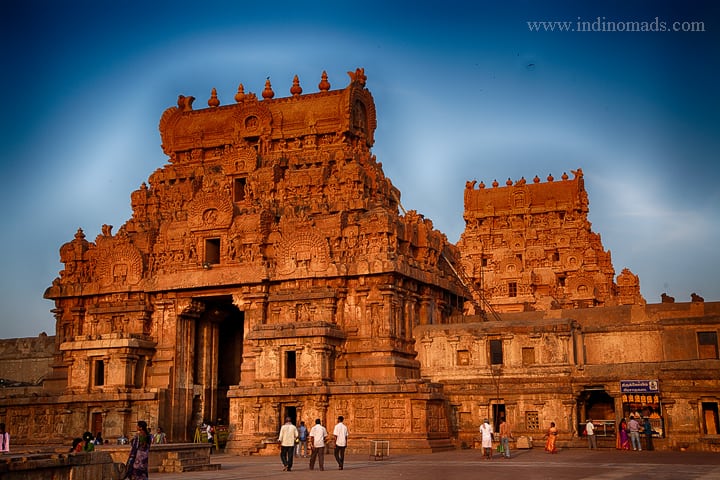 Every time I visit temples and ancient ruins, I wonder if only I had 1% of the patience, dedication, perfection and skill that these artists and kings had…….

– Transportation: Thanjavor is fairly easy to reach by air, bus or train.

– Thanjavore  has museums, palaces and other ancient buildings. So plan at least two days in the town.